To share your memory on the wall of Coral Cronkleton, sign in using one of the following options:

A devoted wife, loving mother and grandmother, she was a wonderful homemaker for her family. In her younger years, she and her husband owned and operated a grain elevator in Raymond, Ohio. She also worked at Benjamin Logan Schools as a cook for a short time and as a van driver for special needs children, and later worked as a fraternity mother at Hillsdale College in Michigan. In her free time, she enjoyed reading, crocheting and working crossword puzzles. Coral was a longtime member of the West Mansfield United Methodist Church where she was active in the Ladies Circle and was a charter member of the Starlight of Kings Daughters.


Friends may call from 3-5 P.M. Saturday, September 21, 2019 at Wilson Funeral Home, Schnurrenberger Chapel 222 W. Center St. West Mansfield where funeral services will follow at 5 P.M. Burial will be held at a later date in the North Greenfield Cemetery. In lieu of flowers, the family kindly requests memorial contributions be made to Logan Acres Nursing Home or Universal Home and Health Hospice Care. Condolences may be sent to the family at www.wilsonfuneralhomesinc.com.
Read Less

To send flowers to the family or plant a tree in memory of Coral A. Cronkleton (Fauver), please visit our Heartfelt Sympathies Store.

Receive notifications about information and event scheduling for Coral

We encourage you to share your most beloved memories of Coral here, so that the family and other loved ones can always see it. You can upload cherished photographs, or share your favorite stories, and can even comment on those shared by others.

Rachel Porter Rychener and Family sent flowers to the family of Coral A. Cronkleton (Fauver).
Show you care by sending flowers

Posted Sep 21, 2019 at 08:31pm
I went to school with Larry and Coral was a very lovely lady. May she rest in peace now and be with the rest of her family.
Comment Share
Share via:
CW

Posted Sep 20, 2019 at 09:22am
I have very fond memories of Aunt Coral! I’m thinking of you all and lifting your family in prayer. Cindy Stevens Wilkins
Comment Share
Share via:
CW

Posted Sep 20, 2019 at 09:00am
I have very fond memories of Aunt Coral! Thinking of you all and lifting you in prayer. Cindy Stevens Wilkins
Comment Share
Share via:
SJ

Posted Sep 19, 2019 at 01:26pm
I am sorry to hear about the loss of such a wonderful woman. She was a kind and gentle lady who I had many conversations with the short time I was a part of the family. She helped Steve and I while we were preparing our wedding. I also remember going to holiday dinners at her house and listening to stories about different people in the family. You all will be in my thoughts
Comment Share
Share via:
RF 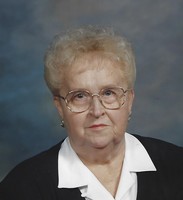