To share your memory on the wall of Gary James, sign in using one of the following options:

Provide comfort for the family of Gary James with a meaningful gesture of sympathy.

Receive notifications about information and event scheduling for Gary

Print
Due to health restrictions, services to be held privately for the family.

We encourage you to share your most beloved memories of Gary here, so that the family and other loved ones can always see it. You can upload cherished photographs, or share your favorite stories, and can even comment on those shared by others.

Plant a Tree in Memory of Gary
Plant a tree
1 tree has been planted in memory of Gary C. James
TF

Posted May 01, 2020 at 02:58pm
Sending Betty and family our heartfelt sympathy for your loss. We've enjoyed talking about family and faith with you and Gary over the years. Our prayers will continue for comfort and peace. God is with you. 🧡
Comment Share
Share via:
DH

Posted Apr 30, 2020 at 07:00pm
On behalf of the West High Class of 1963, I send our condolences to Gary's family. It is always sad when we lose a classmate. It is always too soon.
Comment Share
Share via:
HU

Posted Apr 30, 2020 at 04:48pm
God Bless and Thank YOU Gary, for your service in The Ohio Army National Guard. And Semper Fi. Soldier. 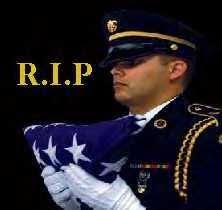 Posted Apr 30, 2020 at 05:32am
As you grieve know that we are remembering you and honoring the memory of Gary

Posted Apr 29, 2020 at 03:02pm
Betty, John, Angela and family: I was saddened to hear about Gary's passing. this week. He and Bill McLaughlin hired me full time in accounting in January 1975 after I had worked in the Technical Services Lab for a year and a half while in Grad School at OSU

I enjoyed working with and learning from him during our careers at Worthington. He was a good man and true friend.

Gary and I had lunch together about 3 years ago at Max & Erma's in Dublin and were able to reflect on the "good times" we had
during the growth of WII.

Please stay safe and well during these difficult times and know that Gary was a special person. 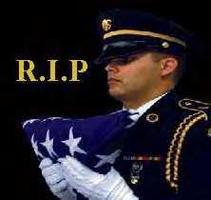