To share your memory on the wall of Jack Hines, sign in using one of the following options:

To send flowers to the family or plant a tree in memory of Jack Allen Hines, please visit our Heartfelt Sympathies Store.

Receive notifications about information and event scheduling for Jack

We encourage you to share your most beloved memories of Jack here, so that the family and other loved ones can always see it. You can upload cherished photographs, or share your favorite stories, and can even comment on those shared by others.

The Joseph's, Andy, Terry, Tyler and Andrew and HTA - Accounting Department sent flowers to the family of Jack Allen Hines.
Show you care by sending flowers

Posted Sep 15, 2020 at 12:05pm
Hines Family:
When I saw Jack's obituary this morning it brought tears to my eyes. Please accept my condolences. Growing up in a small town I was blessed to have some special people in my life. Jack and Anna Mae Hines are definitely at the top of that list! Later in life I would get a chance to talk to Jack on a regular basis at The Scotts Company store. I am honored and blessed to have known Jack. He was truly a blessing in my life. Big hugs from the brat down the street!

It was so good to see Jack and you at the Memorial Gables while visiting Sue last year. Ruth Ann shared the obituary. I still have fond memories of the two of you from so long ago while we were at Glad Tidings Assembly. One of those memories was Jack joining in with us high school kids for a Sunday afternoon basketball game out at Spurgeons. We were amazed at how well the "old man" at age 27-28 played! My condolences on the loss of a great man and husband.

Posted Sep 10, 2020 at 07:32pm
My Sympathies to all the Hines family and especially Anna Mae and Diane. When Life's circle closes we have the closeness of a Life of Memories of family and friends. I have memories of the Hines family at York, especially their always beautiful voices. My Larry had always favored a quote from Golfer Arnold Palmer. 'Don't be sad that it over - but be Glad that it Happened'. Anna Mae and Diane I would love to have a phone call sometime. I am in the phone book
Comment Share
Share via:
LS

Posted Sep 09, 2020 at 07:33pm
Jack was always so friendly and had a warm smile for everyone. To Jack's Family - remember all of the happy times spent together and cherish all the lasting memories you made together. With my sincere sympathy for your loss,
Rita Rubeck Headington Parker
Comment Share
Share via: 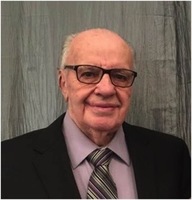