To share your memory on the wall of Joel Steinmetz, sign in using one of the following options:

To send flowers to the family or plant a tree in memory of Joel P. Steinmetz, please visit our Heartfelt Sympathies Store.

Receive notifications about information and event scheduling for Joel

Print
A Memorial Mass is being planned and will be announced at a later date.

We encourage you to share your most beloved memories of Joel here, so that the family and other loved ones can always see it. You can upload cherished photographs, or share your favorite stories, and can even comment on those shared by others.

Posted Oct 16, 2020 at 10:51pm
Joel was a great guy back at Calvert High School! I’m sure he is missed already and in Gods arms! Condolences the family!

Posted Oct 06, 2020 at 07:49am
Joel & Fran were special people to my wife and me. Always caring, always helping and loving other people.
We so enjoyed spending time with them on their farm they had made for themselves and to share with others.
We worked with Joel at UCO Industries for years.
He was a great caring Supervisor.
We will miss him Joel and Fran, dearly.
Our sincere condolences to his family.
Always loved and never forgotten,
George & Dottie Gardner
Comment Share
Share via:
KE

Posted Oct 03, 2020 at 07:41pm
I worked with Joel for many many years at UCo Industries. He was a good guy and a good friend.
I’m saddened at his passing as he was so looking forward to retirement and enjoying his farm.
My sympathy to his family. ~ Kim Eberly
Comment Share
Share via:
TD 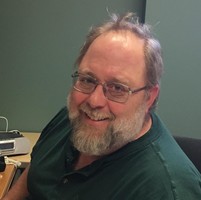