To share your memory on the wall of John James, sign in using one of the following options:

Print
John “Johnny” James, 65, of Marysville, died Friday, May 24, 2019 at Riverside Methodist Hospital in Columbus as a result of a sudden cardiac arrest.

John was born July 18, 1953 to Junior and Dorothy James. His childhood years were ... Read More
John “Johnny” James, 65, of Marysville, died Friday, May 24, 2019 at Riverside Methodist Hospital in Columbus as a result of a sudden cardiac arrest.

John was born July 18, 1953 to Junior and Dorothy James. His childhood years were spent in Milford Center and he went to Fairbanks Schools.

He married Lana Gordon and they resided in Marysville most of their life and moved to Mt. Victory for a brief time.

He owned and worked at Bob Gordon TV Service alongside his father-in-law for many years in Marysville. He was an avid outdoorsman and loved to fish, hunt and camp in previous years. He treasured his mounted fish and deer. He spent many years arrowhead and mushroom hunting. He was an old fashioned cook and loved to cook for everyone, he took pride in his cooking skills. He liked working with his hands, gardening, and listening to loud rock n roll music.
Johnny had a nickname for everyone, and he was everyone’s “Uncle Johnny” He loved spending time with his family, friends and bragging about his grandkids. He was truly one of a kind.

In keeping with Johnny’s wishes, there will be no calling hours or services held at this time and a Celebration of Life Service is being planned for a later date. Memorial contributions can be made to the family in care of the funeral home to help with the unexpected expenses. Arrangements are being handled by Wilson Funeral Home, Mannasmith Chapel. Condolences may be sent to the family at www.wilsonfuneralhomesinc.com
Read Less

Receive notifications about information and event scheduling for John

Print
Celebration of Life Service at a Later Date

We encourage you to share your most beloved memories of John here, so that the family and other loved ones can always see it. You can upload cherished photographs, or share your favorite stories, and can even comment on those shared by others.

Plant a Tree in Memory of John
Plant a tree
0 trees have been planted in memory of John L. "Johnny" James 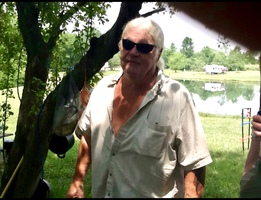 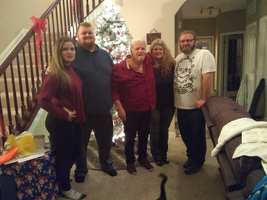