To share your memory on the wall of Shirley Grose, sign in using one of the following options:

We encourage you to share your most beloved memories of Shirley here, so that the family and other loved ones can always see it. You can upload cherished photographs, or share your favorite stories, and can even comment on those shared by others.

Posted Jan 13, 2020 at 07:20pm
To all the Gross kids and families. I wrote on Shirley's memory wall the first few days after she passed, but it appears to not have posted. So I will write again about what Shirley meant to me growing up, along with Harold and all of you. WM standard bearers. I was visiting my Dad at Christmas at BB, and was so sorry your mom passed before I could visit with her. I'm sure it was a difficult Christmas for all of you. I will always remember her smile and loving manner. My sympathies to you all. Leesa
Comment Share
Share via:
LP


Shirley, Harold, and Family lived across from us when we were children. Good memories of running across the road to play with the kids and eat Shirley's cookies! I found an old red bicycle in their garage, which Harold was getting ready to junk....Shirley talked him into giving me that bike, which I proudly took home to learn how to ride! She always had a smile. And I always loved seeing her at the IGA. She will be missed. Condolences to the family. Lisa Smith-Philpott.

Posted Dec 11, 2019 at 02:31pm
So had lots of fun with Shirley growing up in West Mansfield . Sang in choir and my folks played cards together. Now they are all together again. Prayers to kids and there family. Joe Sines Sloop
Comment Share
Share via:
WJ

With Love, Clif and Mary Joslin

With Love, Clif and Mary Joslin purchased the Truly Beloved Bouquet for the family of Shirley Grose.

Penny McClurg purchased flowers for the family of Shirley Grose. 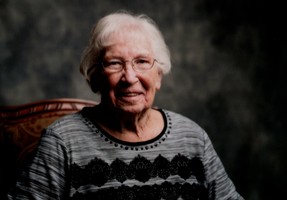