To share your memory on the wall of Wilma Brown, sign in using one of the following options:

To send flowers to the family or plant a tree in memory of Wilma B. Brown (Sampson), please visit our Heartfelt Sympathies Store.

Receive notifications about information and event scheduling for Wilma

We encourage you to share your most beloved memories of Wilma here, so that the family and other loved ones can always see it. You can upload cherished photographs, or share your favorite stories, and can even comment on those shared by others.

Jeff & Lori (Fletcher) Vandermark - Arlena & West, JC and Deb, and other have sent flowers to the family of Wilma B. Brown (Sampson).
Show you care by sending flowers

Posted Jul 13, 2019 at 09:51am
When I was in Marysville about four years ago, I stopped by and visited with her and her daughter. We enjoyed memories together. "Babe" is my half-uncle's spouse.
Angela Trovato Nesmith
Comment Share
Share via:
JD

Posted Jul 13, 2019 at 06:31am
Mandy, Our prayers are with you and your family. She Is a beautiful lady and Im sure she touched many lives with her own special sunshine! XO JC/Deb

JC and Deb purchased flowers for the family of Wilma Brown. Send Flowers

Flowers were purchased for the family of Wilma Brown. Send Flowers 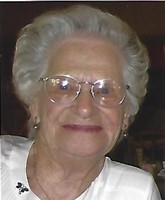