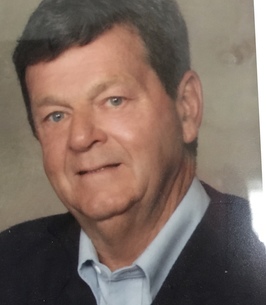 Memorial Candles Lit for Wilson | SEE ALL
Light a Candle
"We are honored to provide this Book of Memories to the family."
— Schnurrenberger Chapel
Funeral Details Memory Wall Photos & Videos Send Flowers

Obituary for Wilson L. "Will" Wilgus

Print
Wilson L. “Will” Wilgus, 82, of Bellefontaine, passed away Monday, January 14, 2019 at St. Rita’s Hospital in Lima.
A 1955 graduate of West Mansfield High School, Will retired from DAB in Bellefontaine. An avid fisherman, he loved fishing at Lake Erie with his friends. He also enjoyed harness racing, owning and training his own horses.
Born November 1, 1936 in West Mansfield, he was the son of the late Richard Laurel “Skeeter” and Elizabeth (Hornbeck) Wilgus. In addition to his parents, he was also preceded in death by his wife, Marilyn M. Wilgus on February 20, 2005.
Surviving are his daughters, Jackie (Dave) Heiert of Crestview, KY and Rexanne (Chris) Cole of Dola; a stepson, Rick Tracy of Indianapolis, IN; a step-daughter, Sheryl Tracy of Springville, IN; 5 grandchildren; 2 great grandchildren; his first wife and now companion, Nancy (Shirk) Stokes; a sister, Grace Lytle of West Liberty and nieces and nephews.
Friends may call from 4-6 P.M. Thursday at Wilson Funeral Home, Schnurrenberger Chapel 222 W. Center St. West Mansfield. Pastor Doug Thompson will officiate funeral services at 11:00 A.M. Friday at the funeral home. Burial will follow at Greenlawn Cemetery. Memorial contributions can be made to the charity of the donor’s choice. Condolences can be sent to the family at www.wilsonfuneralhomesinc.com


To send flowers to the family of Wilson L. "Will" Wilgus, please visit our Heartfelt Sympathies Store.

We encourage you to share any memorable photos or stories about Wilson. All tributes placed on and purchased through this memorial website will remain on in perpetuity for future generations.

Provide comfort for the family of Wilson L. "Will" Wilgus by sending flowers.
Send Flowers

MP
Dearest Jackie,
I'm so very sorry for your loss. I met your dad while I worked at DAB . What a funny guy he was. Hugs to you and may the Lord comfort all of your family.
Mary Post - Thursday January 17, 2019 via Condolence Message

So sorry for your loss we will be praying for your comfort in this time of grief. If there is anything you need please let us know.

May you have peace and tranquility knowing there is life in Willie memory with our deepest sympathy and love.
Jan and Gray - Wednesday January 16, 2019 via Memorial Tree
1
Page 1 of 1
Share
×