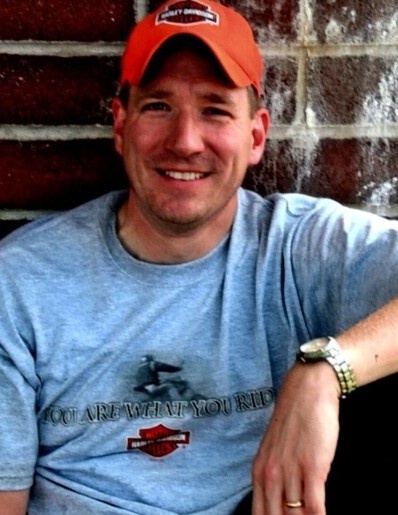 M. Kevin Dobbins, 54, of Marysville, passed away Sunday, August 29, 2021 at the James Cancer Hospital in Columbus.

A devoted husband, loving father and loyal friend, Kevin was a 1985 graduate of Gallipolis High School, a 1992 graduate of the Ohio State University with a B.S. in Operations Management and earned his M.B.A. from City University in Seattle. It was at O.S.U where his leadership qualities began to blossom, in his fifth year of the ROTC program, he was elected battalion commander and received the Woody Hayes Sword. A veteran of the United States Navy, he achieved the rank of Lieutenant after 12 years of dedicated service. He worked as a director of special projects with MHC Truck Leasing for 13 years. A former volunteer and basketball coach with the YMCA, he was a natural mentor to the children having served as a mentor to so many already in the service and at work, it was a natural fit. To also lead by example, he competed in two Warrior Dashes and a Tough Mudder with close friends to raise money for charities. He loved riding his Harley Davidson motorcycles and was a member of HOG, he was also a member of the NRA, the VFW and the OSU Alumni Association. Kevin enjoyed watching sports, especially football and loved spending time at the ocean and on the water.

Born May 23, 1967 in Gallipolis, he was the son of Bob and Pamela (Bradbury) Shaw. He was preceded in death by his mother, Bob survives in Rio Grande.

On July 23, 1994 in Isle of Palms, SC, he married Jill L. (Rinehart) Dobbins to become her “Best 11 out of 17” and she survives in Marysville. He is also survived by his sons, Jake and Sam Dobbins, both of Marysville; his brothers and sisters, Bobby Shaw, Debbie Elliott, Sheryl Frye and Jeff Shaw, all of Gallipolis and numerous nieces, nephews, other extended family and friends.

Friends may call from 4-7 P.M. Thursday, September 2, 2021 at Wilson Funeral Home, Mannasmith Chapel 621 W. Fifth St. Marysville. Graveside services will be conducted at 1:00 P.M. Wednesday, September 8, 2021 at the Gravel Hill Cemetery in Gallipolis. Memorial Contributions can be made to the Jimmy V Foundation in care of the funeral home. Condolences may be sent to the family at www.wilsonfuneralhomesinc.com

To order memorial trees or send flowers to the family in memory of M. Dobbins, please visit our flower store.