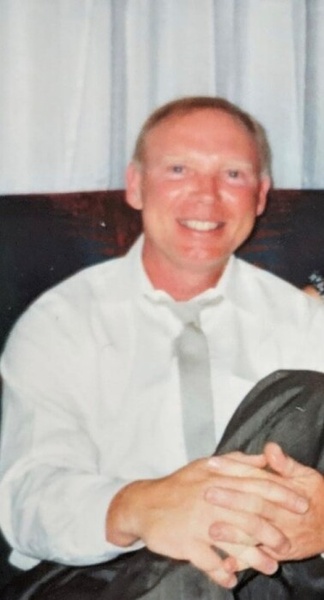 Albert E. Grimes, Jr. 72, of Caledonia, passed away Monday, May 24, 2021at his residence, following a brief illness with his loving wife by his side.

A 1968 graduate of Harding High School, Albert was a veteran of the U.S. Army from 1970-1976, serving in the Korean DMZ. After serving his country, he worked as a serviceman with the Ohio American Water Company for 30 years, retiring in 2008. Outside of work, he led an active life, with numerous activities and hobbies he mastered over the years. He enjoyed hunting and shooting clay targets, so naturally he learned how to load his own ammo. He was a long time trainer of bird dogs and field trial judge. He also enjoyed building and flying R.C. planes, researching Ohio history, and traveling with Cheryl to many of the national and state parks, and especially their memorable trip to Spain. His biggest passion however, riding motorcycles. Whether it was motocross or on the road, he loved all types of motorcycles and was always up for a ride.

Born March 6, 1949 in Columbus, he was the son of the late Albert E. and Leila (Campbell) Grimes, Sr. In addition to his parents, he was also preceded in death by a very special grandmother, Mary Grimes Powers and mother, Connie Grimes. On June 8, 1973 in Kirkpatrick, he married his devoted wife of over 47 years, Cheryl A. (Born) Grimes and she survives in Caledonia. He is also survived by his brothers and sisters, Donna (Cliff) Peters of Austin, TX, Becky Pacifico of Columbus, OH, Mike (Debbie) Myers of Bee Cave, Texas, Ernie (Beth) Myers of Livermore, CA, Sherree (Sean) Barbey of LaRue, Steve (Laurie) Huffman of Dayton, Angie (Jim) Keyes of East Lansing, MI, Craig (Rita) Grimes of Marion, Rebecca (Richard) Shroats of Prospect, MaryAnn Maier of New Carlisle, Nancy Grimes of Conway, SC and John Grimes of Bath, MI; sister-in-law, Vicki Kennedy of Marion; a brother-in-law, Larry (Jan) Born and special friends, the Smith Family of Michigan along with numerous nieces, nephews, cousins and other extended family and friends.

Friends may call from 5-8 P.M. Friday, May 28, 2021 at the Dayspring Wesleyan Church 2431 Marion-Mt. Gilead Rd. Marion where funeral services will be held at 10:00 A.M. Saturday, May 29, 2021. Pastor Nathan McBeth will officiate and burial will follow at the Marion Cemetery. Arrangements are being handled for the family by the Wilson Funeral Home 621 W. Fifth St. Marysville. Memorial contributions can be made to the Wounded Warriors Project in care of the funeral home and envelopes will be available at the church. Condolences may be sent to the family at www.wilsonfuneralhomesinc.com

To order memorial trees or send flowers to the family in memory of Albert Grimes, Jr., please visit our flower store.