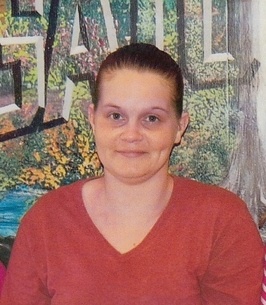 April D. Billing, 39, of Marysville, died unexpectedly Saturday, June 22, 2019 in Springfield.
She formerly worked as a clerk at various retail stores in the Marysville area and as a temp with Honda for a short time. She enjoyed fishing and camping or generally just being outdoors.
Born December 7, 1979 in Columbus, she was the daughter of Richard Billing who survives in Columbus and Melody (Sexton) Adkins who survives in Marysville.
She is also survived by 3 daughters; 2 sons; 2 grandchildren; her stepfather, Mike Adkins; sisters, Angela (Daniel) Hutter of Marysville, Jennifer (William) Coleman of Columbus and Stephanie Adkins of Columbus and brothers, Tony (Danielle Pottorf) Billing of Hillsboro and Drew (Danielle Demouth) Billing of Springfield.
Friends may call from 5-7 P.M. Friday, June 28, 2019 at Wilson Funeral Home, Mannasmith Chapel where funeral services will be held Friday at 7:00 P.M. Burial will be held at a later date. Memorial contributions can be made to the family in care of the funeral home to help with the unexpected expenses. Condolences can be sent to the family at www.wilsonfuneralhomesinc.com

To order memorial trees or send flowers to the family in memory of April Billing, please visit our flower store.