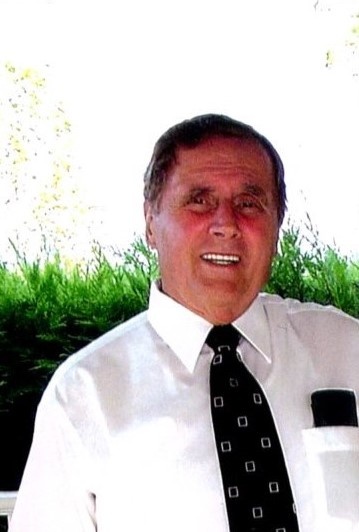 Art was born on March 24, 1936, to the late Arthur J. and Rachel (Nicol) Rausch. He married Ruth Small on July 3, 1964.  Arthur served in the United States Army Reserve for 8 years and received an honorable discharge on February 26, 1962.  He was proud of his upbringing in the St. John’s Lutheran church and school. And after marrying Ruth, he was a devoted member of the United Methodist Church in West Mansfield. He loved to reminisce about his days farming as a young boy, driving truck with his brother, traveling the United States by truck or RV, and mostly his 32-year career at Westreco in Marysville.  Art took great pride in his family, dogs, lawn, John Deere tractors, and work in general.

In addition to his parents, Arthur was preceded in death by his brother Charles Rausch; sisters Juanita Bridges, Norma Forry, and Lora Polk; and nephews John McBride and Jim Trevorrow. Arthur is survived by his daughter Jill (John) Phillips, grandson, Bob (Marla) Green of Bellefontaine; great-grandsons Lane Green of Fairfield; Hayden Green, Gunnar Green and Gavin Green of Bellefontaine. Additionally, he is survived by his sister Charlene Rausch; many nieces and nephews; and cherished friends.

Due to COVID precautions and his wishes, a small private gathering and service will be held, and burial will take place at Greenlawn Cemetery in West Mansfield. The service will be available to watch Saturday, December 4, 2021 at 10:30 A.M. on the Wilson Funeral Home, Schnurrenberger Chapel Facebook page, @wilsonfuneralhome.schnurrenbergerchapel. Memorial contributions may be made to the West Mansfield United Methodist Church, 212 E. Center Street, West Mansfield, OH 43358. Arrangements are being handled by Wilson Funeral Home, Schnurrenberger Chapel 222 W. Center St. West Mansfield. Condolences may be sent to the family at www.wilsonfuneralhomesinc.com

To order memorial trees or send flowers to the family in memory of Arthur Rausch, Jr., please visit our flower store.