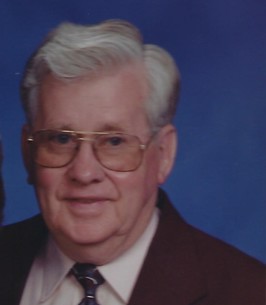 Arthur E. Wagner, 95, of Marysville, peacefully passed to be with his Lord on Saturday, October 17, 2020 at Memorial Gables.
Born September 8, 1925 in Columbus, he was the son of the late Arthur F. and Avanell (Days) Wagner. He married Gertrude (Stone) Wagner and she preceded him in death on October 23, 2004.
After serving his country in the United States Navy during World War II, he graduated from Mechanicsburg High School. Arthur retired from Scotts in 1990 after working in packaging for over 25 years. He was a member of the Marysville First Baptist Church and the VFW Post 3320.
In addition to his wife and parents, he was also preceded in death his brothers, Joe (Ruth) Wagner, William (Ethel) Wagner, David Wagner and two infant brothers; sisters, Mary (Dale) Canter and Betty (Bob) McGill and his brothers and sisters-in-law, William Shields, Harold (Betty) Stone, Everett Lough, Laura (Gordon) Langeneger, Richard (Connie) Stone, Carl (Val) Stone, Roy (Grace) Stone and Anna Mae (Arthur) Hope.
Surviving are his children, Carolyn (Bill) Bennett of Marion and Roger (Sharon) Wagner of Marysville; grandchildren, Randy Bennett and Michelle (Vance) Hale both of Marion; great grandchildren, Corey Bennett of Columbus, Ashley Mogle of Marion and Tory and Emmaly Bennett of Marion; a sister Roberta Shields of Springfield, a special friend, Betty Smart and numerous cousins, nieces and nephews.
Services will be held 12:00 P.M Wednesday, October 21, 2020 at the Wilson Funeral Home, Mannasmith Chapel. Friends may call an hour prior to the service. Burial will follow at Oakdale Cemetery where military rites will be observed by the Union County Honor Guard. Memorial contributions can be made to the American Heart Association or the Leukemia and Lymphoma Society. Condolences may be sent to the family at www.wilsonfuneralhomesinc.com

To order memorial trees or send flowers to the family in memory of Arthur Wagner, please visit our flower store.