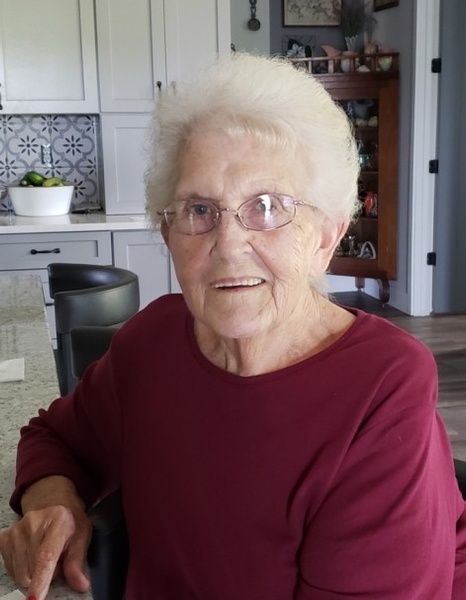 She was employed for 20 years with Westinghouse and 13 years with Siemens before retiring in 2001.  She was a 1957 graduate of Triad High School where she was a cheerleader and standout basketball player. She and her husband loved camping and traveling and her greatest joy came from spending time with her family. She was also a member of the First Friends Church of Bellefontaine.

Born August 12, 1939 in North Lewisburg, she was the daughter of the late Robert and Dortha (Ewing) Taylor.  In addition to her parents, she was also preceded in death by an infant son, Bobby Allen; brothers, Charles and Raymond Taylor, and a son-in-law, Randy Hurst.

A memorial gathering will be held from 1:00-6:00 P.M. Saturday, February 19, 2022 at the First Friends Church 808 W Columbus Ave. Bellefontaine. Burial will take place in the North Greenfield Cemetery at a later date.  Arrangements are being handled by the Wilson Funeral Home, Schnurrenberger Chapel 222 W. Center St. West Mansfield.  Memorial contributions may be made to the St. Jude Children’s Research Hospital or the Osteoporosis Foundation in care of the funeral home. Envelopes will be available at the church. Condolences may be sent to the family at www.wilsonfuneralhomesinc.com

To order memorial trees or send flowers to the family in memory of Beverly Allen, please visit our flower store.