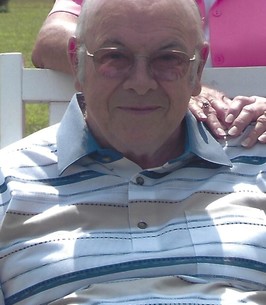 Charles L. "Cob" Bennett, 86, of East Liberty, passed away Wednesday, June 17, 2020 at his residence after several months of failing health, with his loving family by his side.
An avid hunter, he would be out in just about every season hunting for rabbits, pheasants, deer, raccoons, squirrels and fox. He also enjoyed a little relaxing while fishing, but he is fondly remembered for his love of cheeseburgers.
Cob attended Broadway Raymond High School and farmed in his younger years. He worked at Scott's from 1954-1996, TRC for 6 years and also served as a Zane Township Trustee for 12 years. Cob was a member of the East Liberty United Methodist Church and the I.O.O.F. in Middleburg.
Born November 18, 1933 in Peoria, he was the son of the late Roger and Emma (Shirk) Bennett. In addition to his parents, he was also preceded in death by a sister, Mary Skaggs and his brothers-in-law, Tom DeVore and Don Hinderer.
On August 14, 1954 in Richmond, IN, he married his wife of over 65 years, Ruth (McCreary) Bennett and she survives in East Liberty. He is also survived by his children, Donna Bennett of Mechanicsburg, Cindy (Tim) Stalling of East Liberty and Dan (Terri) Bennett of East Liberty; grandchildren, Sarah (Joe) Tooker, Sam Goheen, Matt (Sarah Beth) Bennett, Andy (Tori) Bennett, Lisa Cole, Stacey (Alfredo) Sanchez, Stephanie (Dwayne) Little, Ashley Stalling and Chris (Melissa) Stalling; great grandchildren, Samantha, Kelsey, Wyatt, Parker, Dylan, Brody, TJ, Emily, Jackson, Autumn, Braelen, Corbin, Carson, McKenzie, Myles; Harper who is expected in July; his sisters, Martha Jane DeVore of West Jefferson and Edna Hinderer of Plain City; brothers, William (Carolyn) Bennett of Marion and James (Becky) Bennett of Marysville; along with several nieces, nephews and other extended family and friends.
The family would like to offer a special thank you to his caregiver, Rachel Engle and his hospice nurse, Cheryl Roush.
Funeral services will be held at 11:00 A.M. Monday, June 22, 2020 at Wilson Funeral Home, Mannasmith Chapel 621 W. Fifth St. Marysville. Pastor Max Jackson will officiate and burial will follow at Middleburg Cemetery. Friends may call from 2-5 P.M. Sunday, June 21, 2020 at the funeral home. Social distancing will be encouraged for both the calling hours and the funeral service. Pallbearers will be Matt, Andy and Jason Bennett, Terry Hamm, Bob and Ed McCreary, Sam Goheen and Doug DeVore. Honorary pallbearers will be Chris Stalling, Steve Lithgo, Randy Bennett, David DeVore, Parker Wells and Wyatt Cole. Memorial contributions can be made to Universal Hospice in care of the funeral home. Condolences can be sent to the family at www.wilsonfuneralhomesinc.com

To order memorial trees or send flowers to the family in memory of Charles Bennett, please visit our flower store.