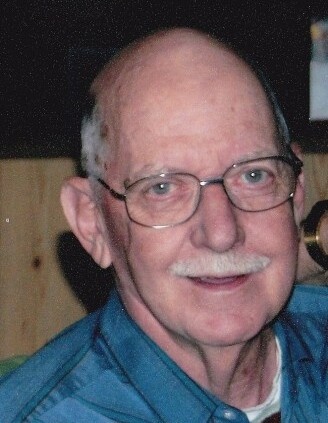 He was a dandy. They say “only the good die young.” Well, they’re probably right, because this ornery bastard made it to the ripe old age of 91. Charlie never got cheated in his life. A 1948 graduate of East Liberty High School, he went on to work with Conrail Railroad for 40 years. A lifelong farmer, Charlie showed horses and sheep at local fairs for many years. He was a member of the Hardin County Draft Horse Association and formerly served as a judge at the Hardin County Fair. In addition to raising and showing horses, he also loved going to the horse races. He was a 70 year member of the East Liberty Lodge #247 F&AM, member and Past Patron of Bellefontaine Chapter #459 of the Order of the Eastern Star, a member of the United Transportation Workers for over 60 years and a longtime member of the Walnut Grove United Methodist Church.

Born September 29, 1930 in East Liberty, he was the son of the late Harry G. and Minnie M. (Bell) Bray. In addition to his parents, he was also preceded in death by his previous wife, Dottie Bray on August 1, 2004; a grandson, Jacob R. Bray; a great grandson, Titus A. Warne; and a sister, Ruth M. Rupp.

Friends may call from 2-5 P.M. Sunday, January 23, 2022 at the Wilson Funeral Home, Schnurrenberger Chapel 222 W. Center St. West Mansfield. Masonic Services will be held at 2:00 P.M. Sunday at the funeral home. Graveside services will be held privately for the family at the East Liberty Cemetery. In lieu of flowers, the family requests memorial contributions be made in memory of Charlie to the charity of the donor’s choice. Condolences may be sent to the family at www.wilsonfuneralhomesinc.com

To order memorial trees or send flowers to the family in memory of Charles Bray, please visit our flower store.