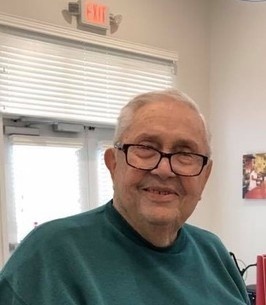 Charles W. Brown, 85, of Marysville, died Friday, June 7, 2019 at Prestige Gardens with his family by his side.
He was an avid fisherman, but most important of all, was his time spent with his family. He just beamed any time they were all together.
A veteran of the U.S. Army, he served during the Korean War. He worked at Whirlpool and Sears, both in Marion and also worked as an Allstate Agent for many years. Formerly attending the Byhalia Friends Church and most recently the Fulton Creek Church, he also chaired the executive committee of the Evangelical Friends Church, Eastern Region.
Born November 10, 1933 in Mt. Victory, he was the son of the late Percy Charles and Celesta (Penny) Brown. On June 10, 1955 he married his wife of nearly 60 years, Shirley J. (Montgomery) Brown, and she preceded him in death on June 15, 2014. In addition to his wife and parents, he was also preceded in death by a grandson, Matt Brown; a sister, Erdine Grose and his brothers, Wilbur, Gordon, Nolan and Guy Brown.
He is survived by a daughter, Bev (Duane) Dickson of Marysville; a son, Mike (Peggy) Brown of Lakeview; Grandchildren, Chelsea (Ryan) Budrow, Jason (Jessica) Dickson, Ashley (Harley) Hicks and Caleb Brown; great grandchildren, Trent, Savannah and Chloe Dickson and Amelia, Charlie, Sperry and Juniper Hicks; a sister, Sally Sayre and his brothers, Jim, Russ, Bernie and Ervin Brown; a brother-in-law, Bob Montgomery along with numerous nieces and nephews.
Funeral services will be at 12:00 P.M. Tuesday, June 11, 2019 at the Fulton Creek Friends Church 10950 Fulton Creek Rd. Richwood with Pastors Mike Brown, Dennis Peters and Duane Dickson officiating. A luncheon will be immediately following the service at the church and committal service take place at 3:00 P.M. at the Byhalia cemetery. Friends may call beginning at 10:00 A.M. on Tuesday until the time of the service at 12:00 P.M. at the church. Memorial contributions can be made to the Fulton Creek Friends Church. Arrangements are being handled by Wilson Funeral Home, Marysville and condolences may be sent to the family at www.wilsonfuneralhomesinc.com

To order memorial trees or send flowers to the family in memory of Charles Brown, please visit our flower store.