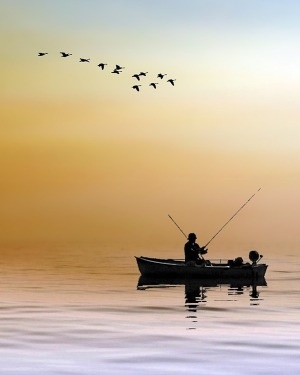 Charles Allen “Al” Meddles, 80, of Bellefontaine, passed away peacefully on Thursday, January 20, 2022 at his residence.

A devoted husband, loving father, grandfather and great grandfather, Charlie was pure and simple, a family man. He loved fishing, camping, boating, hunting and traveling. He would often combine these with his greatest love, his family, into family vacations allowing him to not only spend time with his family, but also pass on his love and knowledge of fishing to his children and grandchildren. Some of the favorite destinations were the fishing trips to Michigan and Wisconsin. He and his wife also owned and operated Meddles Christmas Tree Farm. They established a loyal customer base in which he took great pride as he helped those families create holiday traditions.

A graduate of East Liberty High School, he worked as a control specialist with RANCO in Plain City for over 30 years. He was a member of the Eagles #3506 and the Moose #1651, both in Marysville and formerly attended the East Liberty United Methodist Church.

Born March 5, 1941 in East Liberty, he was the son of the late William and Elsie (Dubbs) Meddles. In addition to his parents, he was also preceded in death by a son, Michael Meddles.

In keeping with Charlie’s wishes, no calling hours or services will be held at this time. Burial will be held at a later date in the East Liberty Cemetery. A Celebration of Life service is being planned and will be announced at a later date. Arrangements are being handled for the family by Wilson Funeral Home, Schnurrenberger Chapel 222 W. Center St. West Mansfield. Condolences may be sent to the family at www.wilsonfuneralhomesinc.com

To order memorial trees or send flowers to the family in memory of Charles Meddles, please visit our flower store.