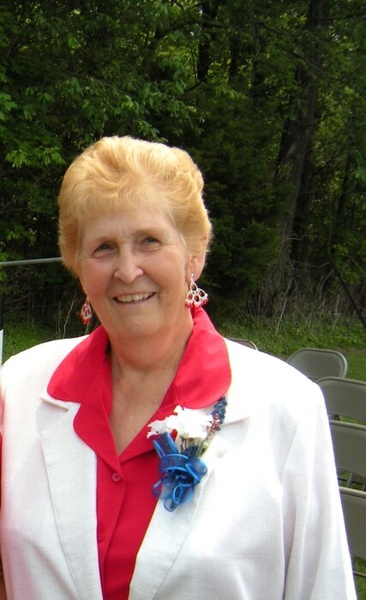 Charlotte Ann McCreary, 84, of East Liberty, passed away Wednesday, May 19, 2021 at her residence.

A devoted wife, loving mother and grandmother, she was a dairy and grain farmer all of her life. She was a strong woman and had an outstanding work ethic, she set the bar for her family and led by example. A member of the Rebekkah Zane Lodge 474 in Middleburg, she served on two occasions as the Noble Grand, participated in the luncheons served during the local auctions and hosted numerous card parties. She was also a member of the Singles in Agriculture and was active with the Union County Fair Board, serving as President for several years in the 1980’s. Charlotte loved to travel, having been to nearly every U.S. state, enjoyed going square dancing, putting puzzles together, running the combine and in her later years, reading a Danielle Steele book.

Born August 24, 1936 on the family farm, the Steinbarger House in Middleburg, she was the daughter of the late Alfred and Bernice (Smith) Blackburn. On August 30, 1952 in Muncie, IN, she married Thomas Nelson McCreary and he preceded her in death on February 20, 1981. In addition to her husband and parents, she was also preceded in death by a granddaughter-in-law, Jessica Lynn McCreary.

Funeral services will be held at 3:00 P.M. Sunday, May 23, 2021 at Wilson Funeral Home, Mannasmith Chapel. Rev. Kathy Reiff will officiate and burial will follow at the Middleburg Cemetery. Friends may call prior to the service on Sunday from 1:00-3:00 P.M. at the funeral home. Memorial contributions can be made to the charity of the donor’s choice. Condolences may be expressed to the family at  www.wilsonfuneralhomesinc.com

To order memorial trees or send flowers to the family in memory of Charlotte McCreary, please visit our flower store.