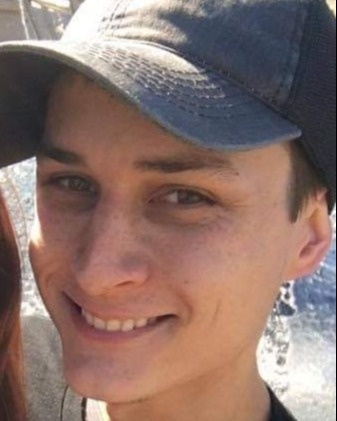 With a deep love of animals, he was a longtime volunteer with the Union County Humane Society and later became a part time employee. He was currently working at Pet Palace in Hilliard. He also worked for ten years in a machine shop at Tool Technologies by Van Dyke.

Having a quick wit and unique sense of humor, Cody was known to be a walking encyclopedia of odd information. He was a 2010 graduate of Morgan County High School in Kentucky. Cody also enjoyed collecting antique weapons. He was a boxing fan, especially Butterbean, and enjoyed martial arts, free hand drawing, playing video games, comic books, bugs, scary movies, spending time outdoors admiring nature and learning about ocean life of the deepest depths.

Born October 29, 1990 in Cincinnati, he was the son of Jason and Angela (Crase) Bullock. On October 5, 2014 in Lancaster, he married his wife of nearly 8 years, Sarah (Van Dyke) Bullock and she survives in Marysville. He is also survived by his father, Jason; mother and step-father, Angela and Kassem Soliman; father and mother-in-law, Steve and Kathy Van Dyke;  grandmother, Diana Allen; brothers and sisters, Brittany Bullock, Gracie Hatfield, Calista Powell-Wright, Jerry and Jacob Bullock, and Emily and Elijah Wilson; his aunt, Julie; uncles, Sean and Chris; and numerous nieces and nephews.

He was preceded in death by his grandparents, Kendall Crase and Russ and Nancy Whittenburg, and Paris Bullock.

Friends may call from 5:00-8:00 P.M. Friday, August 26, 2022 at the Wilson Funeral Home, Mannasmith Chapel and one hour prior to the service on Saturday, August 27, 2022 from 10:00-11:00 A.M. at the Marysville Church of Christ where a memorial service will be held at 11:00 A.M. Saturday. Jeff Darby will be officiating.  In lieu of flowers, donations can be made to American Humane or the Ronald McDonald House in care of the funeral home. Condolences may be sent to the family at www.wilsonfuneralhomesinc.com

In memory of Cody Dallas Bullock, please consider making a donation to one of the following charities: