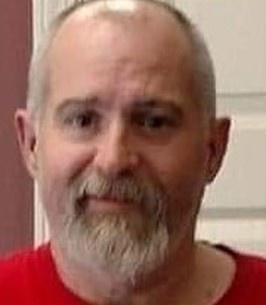 Dale McKinley Pyles, Sr. 59, of Marysville, sadly passed away Sunday, April 26, 2020 with his family by his side following a long, hard fought battle with congestive heart failure.
A "bit" on the stubborn side and "slightly" bullheaded, Dale was a loving father, brother, son and friend. He loved spending time with his family. He also enjoyed listening to music, cooking and working on cars.
He was a 1979 graduate of Marysville High School.
Born September 4, 1960 in Columbus, he was the son of the late Lester and Cora (Blevins) Pyles. In addition to his parents, he was also preceded in death by a sister, Ramona Billingsley.
Dale is survived by his children, Kristy Pyles (Frankie), Krista (Jarrod) Boerger, Dale Pyles, Jr., Tina (Joseph) Kirk and Cayden Pyles; grandchildren, Taylor, Gabby, Anthony, Gracie, Owen, Myah, Presten, Madison, Colton, Kendra, Jade and Gavin; sisters, Teresa and Karen Pyles both of Marysville; nieces, Amanda Imel and Jennifer Degraw (Robbie) and nephew, Alan Pyles.
Due to current health restrictions, no services will be held at this time. A celebration of life service is being planned and will be announced at a later date. Arrangements are being handled for the family by Wilson Funeral Home, Mannasmith Chapel. Condolences may be sent to the family at www.wilsonfuneralhomesinc.com
Celebration of Life Service to be announced at a later date.

To order memorial trees or send flowers to the family in memory of Dale Pyles Sr., please visit our flower store.