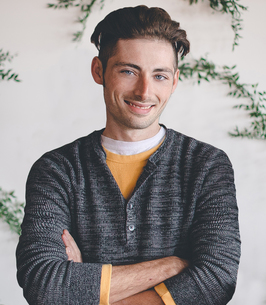 Derrick Joseph Sidney White, 26, of West Liberty, died unexpectedly Wednesday, July 31, 2019 from injuries sustained in an automobile accident in Mechanicsburg.
An avid gamer, he enjoyed playing basketball with his friends, hiking, being with his dog Leo and cooking. He was an excellent cook, loved good food and was not afraid to make it for himself or his family.
A 2011 graduate of Triad High School, he worked as a glazer at Glassworks Plus.
Born May 26, 1993 in Panama City, Panama, he was the son of Anthony Scott White and Sindey (Proffitt) Baldwin.
He is survived by his mother, Sindey E. (Sean) Baldwin; father, Anthony Scott (Teena Sherwood) White of North Lewisburg; grandmother, Bobbi Hevelin of West Liberty; grandfather, Joseph White of Plain City; his beloved companion in life, Kayla Davis-Woods of West Liberty; a brother, Bailey Baldwin of Mt. Victory; step-brothers and sisters, Bryant, Brandon and Merranda; close relatives, Sarah (Darrius) Babcock; Grayvin and Dade; great grandmothers, Vivian Dagon and Betty Kramer and numerous aunts, uncles and cousins.
Preceding him in death were his grandparents, Phil and Dixie Baldwin, Marsha Poling Proffitt, Sidney Proffitt, Scott Hevelin and Jeannie White.
A celebration of life gathering will be held from 2-5 P.M. Saturday, August 10, 2019 at the Meadows Park Community Center 701 Mill St. North Lewisburg. Wilson Funeral Home, Mannasmith Chapel assisted the family. Condolences may be sent to the family at www.wilsonfuneralhomesinc.com

To order memorial trees or send flowers to the family in memory of Derrick White, please visit our flower store.