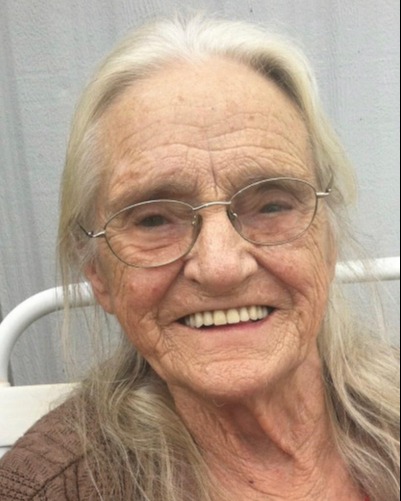 A loving wife, mother and grandmother, she formerly worked with the State of Ohio at the Girls Reformatory in southern Ohio and later for Bob Evans Restaurant.  She enjoyed quilting, crocheting, bowling and gardening. She also loved playing cards and listening to live Bluegrass Music. A woman of faith, she formerly attended the First Baptist Church in Marysville.

Born August 21, 1928 in Beefhide, KY, she was the daughter of the late William D. and Flossie (Elkins) Mullins. On August 18, 1950, she married her husband of nearly 42 years, Milton S. Palmer, Sr and he preceded her in death on April 16, 1992. In addition to her husband and parents, she was also preceded in death by an infant daughter, Bonnie Palmer; a son, Daniel Shaw; a grandson, Derrick “DJ” Palmer; and her siblings, Dorothy Polly, John Mullins, Gene Mullins, Opal Reynolds, Arlie Mullins, Donald Mullins and Lemond Mullins.

Funeral services will be held at 2:00 P.M. on Friday, November 18, 2022 at Wilson Funeral Home, Mannasmith Chapel. Burial will follow next to her husband at the Oakdale Cemetery. Friends may call prior to the service on Friday from 12:00-2:00 P.M. at the funeral home. Condolences may be sent to the family at www.wilsonfuneralhomesinc.com

To order memorial trees or send flowers to the family in memory of Dorlene (Mullins) Palmer, please visit our flower store.