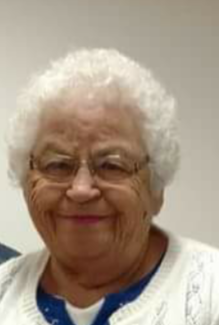 Frances Ruth Bennett, 85, of East Liberty, passed away Sunday, November 28, 2021 at Memorial Hospital of Union County following a brief illness, with her loving family by her side.

A devoted wife, loving mother and grandmother, she was a wonderful homemaker for her family. A 1954 graduate of Raymond High School, she was a member of the East Liberty United Methodist Church, the IOOF 474 Rebekah Lodge in East Liberty, the East Liberty Euchre Club and the S & C Club in Middleburg.

Born April 12, 1936 in Johnstown, she was the daughter of the late Ancil Ernest and Stella Ethel (Schooley) McCreary. On August 14, 1954 in Richmond, IN, she married her husband of over 65 years, Charles L. “Cob” Bennett and he preceded her in death on June 17, 2020. In addition to her husband and parents, she was also preceded in death by her sisters, Norma Wilson and Faye Ellingwood; brothers, James and Thomas McCreary and a grandson, Richard Dwayne Little.

Funeral services will be held at 1:00 P.M. Thursday, December 2, 2021 at Wilson Funeral Home, Mannasmith Chapel 621 W. Fifth St. Marysville. Pastor Kathy Reiff will officiate and burial will follow at Middleburg Cemetery. Friends may call prior to the service on Thursday, from 11:00 A.M.-1:00 P.M. at the funeral home. Pallbearers will be Matt and Andy Bennett, Terry Hamm, Bob and Ed McCreary, and Chris Stalling. Honorary pallbearers will be Ashley Stalling, Lisa Cole, Stephanie Little, Stacey Sanchez, Sarah Tooker and Sam Goheen. Memorial contributions can be made to the Caring Neighbors Food Pantry in care of the funeral home. Condolences can be sent to the family at www.wilsonfuneralhomesinc.com

To order memorial trees or send flowers to the family in memory of Frances Bennett, please visit our flower store.