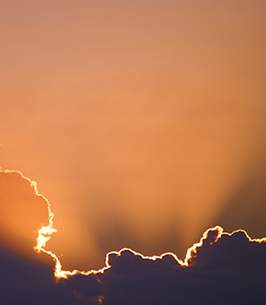 Gary C. James, 74, of Marysville, passed away peacefully Sunday, April 26, 2020 at his residence.
A devoted husband, loving father and doting grandpa, Gary's family was his life. He loved spending time together, especially with his grandchildren and relaxing at his Indian Lake home.
A 1963 graduate of Columbus West High School, he went on to earn his degree in accounting from Franklin University while attending night school and becoming a C.P.A. He retired from Worthington Industries, Inc. after 35 years where he reported directly to John H. McConnell early in his career, was later Controller for the Cylinder Division, and then Director of International Business Development/Acquisitions Cylinder Division. After retiring, he moved on to his true enjoyment, owning and operating Liberty Tank and Vessel.
Gary served in the Army National Guard of Ohio, was a member of Trinity Lutheran Church, the Masonic Luther B. Turner Lodge #732 F. & A.M and the Ohio Society of CPA's.
Born December 20, 1945, in Columbus, he was the son of the late August and Helen (Fritch) James.
He is survived by his wife of over 54 years, Betty (Coon) James; a daughter, Angela (Todd) King of Marysville; a son, John (Sheri) James of Delaware; granddaughters, Peyton King and Elizabeth James and a brother, David (Sharon) James of Sunbury.
Due to current health restrictions, private services will be held at the convenience of the family. Arrangements are being handled for the family by Wilson Funeral Home, Mannasmith Chapel. Memorial contributions can be made to Bishop Watterson High School, Columbus or St. Mary School Delaware in care of the funeral home. Condolences may be sent to the family at www.wilsonfuneralhomesinc.com
Due to health restrictions, services to be held privately for the family.

To order memorial trees or send flowers to the family in memory of Gary James, please visit our flower store.