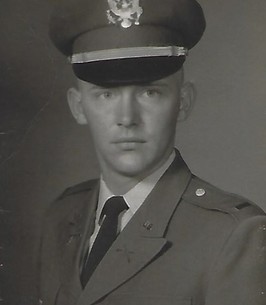 Geoffrey E. Fullen, 73, of Marysville, passed away early Saturday, February 8, 2020 at the Kobacker House in Columbus.
Geoffrey proudly served in the U.S. Army during Vietnam. He achieved the rank of Captain for his Special Forces unit at only 21 years old, which at the time, was the youngest person in U.S. History to ever earn that rank at such a young age.
A history major at The Ohio State University, he retired from working as a self-employed investment consultant. In the early years of his career, he worked with John Hancock and Connecticut General.
Of the Lutheran faith, Geoffrey was an avid reader and quite the history buff. He loved hunting, fishing, repelling and parachuting.
Born December 18, 1946 in Akron, he was the son of the late Chester and Annabelle (Cox) Fullen. In addition to his parents, he was also preceded in death by his sisters, Leslie and Allison.
On February 14, 1990 in Upper Arlington, he married his wife of nearly 30 years, Brenda Woodward and she survives in Marysville. He is also survived by his sons, Geoffrey (Renee) Fullen of Scottsdale, AZ and Joshua (Erica) Fullen of Blacklick; grandchildren, Ameera, Sage, Teagan, Sophia and Geoffrey III Fullen.
A memorial service will be held at 11:00 A.M. Saturday, February 15, 2020 at Wilson Funeral Home, Mannasmith Chapel. Military Honors will be conducted at the funeral home by the Union County Honor Guard. Friends may call one hour prior to the service on Saturday from 10-11 A.M. at the funeral home. Memorial contributions can be made to the Kobacker House in care of the funeral home. Condolences may be sent to the family at www.wilsonfuneralhomesinc.com

To order memorial trees or send flowers to the family in memory of Geoffrey Fullen, please visit our flower store.