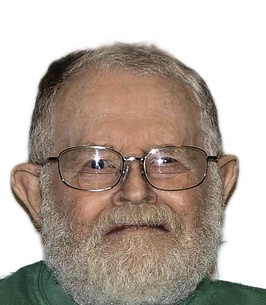 Gilbert Morton Laird, 90, of Hamilton and formerly of Marysville, died early Sunday morning at Berkeley Square Retirement Community in Hamilton.
A 1947 graduate of Broadway High School, he served as a Sergeant in the United States Air Force during the Korean War. He then moved to Huntington Park, CA in 1962 and worked as a precision assembler with Rockwell International for 42 years, retiring in 1993.
An avid square dancer, he also raced in the NASCAR Beach Circuit in Daytona Beach, FL in 1957 and 1958 and raced go-carts while he was in California. In 2012, he was part of the Honor Flight group out of Columbus and that was a very special trip for him.
He was a lifetime member of the American Legion Bell Maywood Post 120 in Bell, CA where he was Post Commander for 5 years and was also a District Officer, was a District Chairman of the Americanism Club and a member of the Ritual Team where they selected him to the 40 & 8 Club. He was a charter member of the BMW Motorcycle Owners of America and one of the club's ambassadors, and was a life member of both then Vintage Chevrolet Club of America and the American Motorcycle Association.
Graveside services will be conducted by the Union County Honor Guard at 11:30 A.M Wednesday at the Claibourne Cemetery. Arrangements are being handled by Wilson Funeral Home, Mannasmith Chapel. Memorial contributions can be made in Gil's memory to the American Legion Post 79 in care of the funeral home. Condolences can be sent to the family at www.wilsonfuneralhomesinc.com

To order memorial trees or send flowers to the family in memory of Gilbert Laird, please visit our flower store.