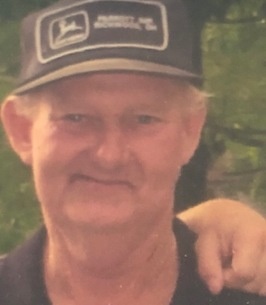 Harlan Franklin Jackson, age 80, of Raymond, died at home early Tuesday morning, just as he wished, and surrounded by his family after a short illness.
Harlan was a farmer all his life. He took great joy in watching crops growing in the field and
watched the change of the seasons in anticipation of new growth. He loved to garden and
shared the fruits of his gardening with anyone who was interested. He became a prize pie baker in his later years.
Harlan was a man of few words but countless dreams. He enjoyed attending auctions and brought home an overabundance of purchases. He loved his grandchildren and took pride in all of their accomplishments.
Harlan was born on November 19, 1938 in Kentucky to the late Frank and Victoria Jackson. He was preceded in death by the love of his life Sandra J. Jackson, two daughters Patricia Gaddis and Barbara Cotton, two brothers, Phillip Jackson and James Jackson, and a son-in law Charles L. Canode.
Survivors include his children; Victoria Canode, Marysville; Maggie (Bob) Beightler, Dublin, Harley (Tiffany) Jackson, Raymond; grandchildren; Phillip (Rachael) Sanders, Jarren (Shelby) Sanders, Tracy Kopala , Rob Beightler, Cassandra Jackson, Rick Cotton, Alex Cotton, Hal (Adriene) Jackson, Hannah Jackson and Holden Jackson; sister, Betty Drake; brothers; Jack (Cindy) Jackson and Robert Jackson.
Friends may call from 4:00-6:00 P.M. Sunday, March 31, 2019 at Wilson Funeral Home, Mannasmith Chapel where funeral services will be held Monday, April 1, 2019 at 10:00 A.M. His son-in-law, Bob Beightler will officiate and burial will follow at Raymond Cemetery. Memorial contributions can be made to the Central Ohio Diabetes Association in care of the funeral home. Condolences may be sent to the family at www.wilsonfuneralhomesinc.com

To order memorial trees or send flowers to the family in memory of Harlan Jackson, please visit our flower store.