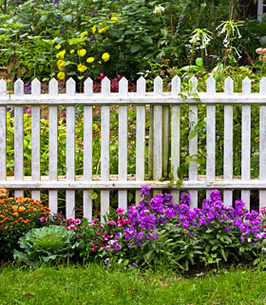 Helen L. Wolford, 95, of Marysville, died peacefully Wednesday, December 19, 2018 at Green Hills Community in West Liberty.
A devoted wife and loving mother, she had a quick wit with ornery nature. She enjoyed sewing, cooking, canning, gardening and traveling. She helped run the family farm with her husband, baked pies for the former Hermie's Restaurant, volunteered at Memorial Hospital, worked as a guard with the former Globe Security and was a greeter at Wal Mart for more than 20 years where she always enjoyed dressing up at Halloween time.
Born July 27, 1923 in Columbus, she was the daughter of the late John and Elizabeth (Dennison) Brumfield. On January 5, 1952 she married her husband of 33 years, E. Eugene Wolford and he preceded her in death on March 26, 1985. In addition to her parents, she was also preceded in death by a son, Larry Wolford and 10 brothers and sisters.
She is survived by her sons, Earl Wolford of Marysville and Richard (Deb) Wolford of North Carolina; daughters, Shirley (Doug) Faiella of Carson City, NV and Cheryl (Tim) Gysegem of Columbus; 17 grandchildren and numerous great grandchildren.
Friends may call from 4-7 PM on Friday December 21, 2018 at Wilson Funeral Home, Mannasmith Chapel where Funeral Services will be held Saturday, December 22, 2018 at 10:30 AM. Burial will follow at Oakdale Cemetery next to her husband. Memorial contributions can be made to Universal Hospice in care of the funeral home and condolences may be sent to the family at www.wilsonfuneralhomesinc.com

To order memorial trees or send flowers to the family in memory of Helen Wolford, please visit our flower store.