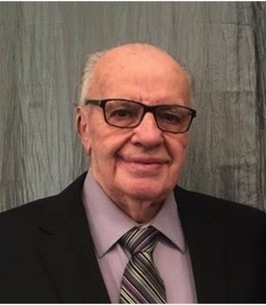 Jack Allen Hines, 87, of Marysville, went to be with the Lord early Saturday, September 5, 2020 at Walnut Crossing.
A devoted husband, loving father and grandfather, Jack was also a man of deep faith. Having a strong work ethic, he not only taught his children about being a Christian, he also taught them to get something accomplished every day. He also enjoyed farming, gardening and was a faithful member of Bible Baptist Church in Marysville.
A graduate of York Center High School, he went on to serve his country in the United States Air Force during the Korean War. After returning from the service, he worked at O.M. Scott's for a few years before going to work as a timekeeper at Whirlpool Corp. in Marion for 29 ½ years, retiring in 1994. Still wanting to be busy, he went back to work for Scott's at the seed store for another 12 years.
Born January 26, 1933 in West Mansfield, he was the son of the late Dewey and Christina (Allen) Hines. In addition to his parents, he was also preceded in death by a son, Tom Hines in 2011; his sisters Nancy Davis and Janice (Carroll) Temple and his brothers, Dick and Tony Hines.
On July 31, 1955 at the Bethel Church in West Mansfield, he married his wife of over 65 years, Anna Mae (Grose) Hines, and she survives in Marysville. He is also survived by his children, Jackie (Russell) Johnson of Lewisburg, KY, Sandy (Donald) Sharp of Prospect and Tim (Sheila) Hines of Raymond; grandchildren, Jeremy (Shannon) Young, Jennifer Sharp, Laura Sharp, Audra (Charley) Garwood, Nate Hines, Mariah Hines and Noah Hines; a great grandchild, Tommy Young; step grandchildren, Daymon (Dana) Johnson and Danny Johnson; a brother, Jim (Rita) Hines of Hilliard; a sister, Diane Hines of Richwood; a brother-in-law, Larry Davis; sisters-in-law, Miriam Hines and Kathy Hines along with numerous nieces, nephews and other extended family. The family would also like to thank Walnut Crossing and Vitas Hospice for their kind and compassionate care.
Services will be held privately for the family with Pastors Jeremy Stout and Danny Grose officiating. Burial will follow at York Cemetery where military honors will be conducted by the Union County Honor Guard. Arrangements are being handled by Wilson Funeral Home, Mannasmith Chapel 621 W. Fifth St. Marysville. Memorial contributions can be made to the Bible Baptist Church Building Fund or Vitas Hospice in care of the funeral home. Condolences may be sent to the family at www.wilsonfuneralhomesinc.com

To order memorial trees or send flowers to the family in memory of Jack Hines, please visit our flower store.