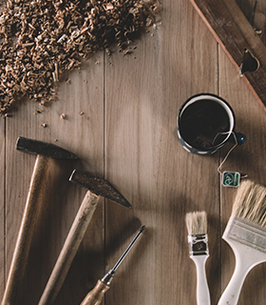 James W. Armstrong, 78, of West Mansfield, passed away, Thursday, April 4, 2019 at Lima Memorial Hospital.
A 1959 graduate of West Mansfield High School, he worked in general maintenance at RANCO in Plain City for over 36 years. In his free time he enjoyed woodworking and building bird houses but he was best known for his refurbishing of tricycles and wagons.
Born May 11, 1940 in West Mansfield, he was the son of the late Paul Denton and Catherine Mabel (Gwinner-Ballinger) Armstrong. On May 25, 1959 in West Mansfield, he married Marion C. Shirk and she preceded him in death on April 8, 2010. In addition to his wife and parents, he was also preceded in death by a brother, Paul Armstrong.
Jim is survived by a daughter, Jan (Jim) Armstrong-Sammons of Georgetown, KY and a son, Gray (Kim) Armstrong of Crown Point, IN; grandchildren, Autumn Biddle, L'Erin Meadors, Hunter Armstrong and Blade Armstrong; great grandchildren, Payton and Emma-Lee Biddle; great-great grandchildren, Lane Meadors and Kinsley Armstrong; a sister, Carol Sue DeVaughn of Attica; and his brothers, John Armstrong of Republic and Don Armstrong of Bellefontaine.
In keeping with Jim's wishes, there will be no calling hours or services at this time and a Memorial Service will be planned for a later date in West Mansfield at the Conservation Club. Arrangements are being handled by the Wilson Funeral Home, Schnurrenberger Chapel 222 W. Center St. West Mansfield. Condolences may be sent to the family at www.wilsonfuneralhomesinc.com
Memorial Service at a Later Date

To order memorial trees or send flowers to the family in memory of James Armstrong, please visit our flower store.