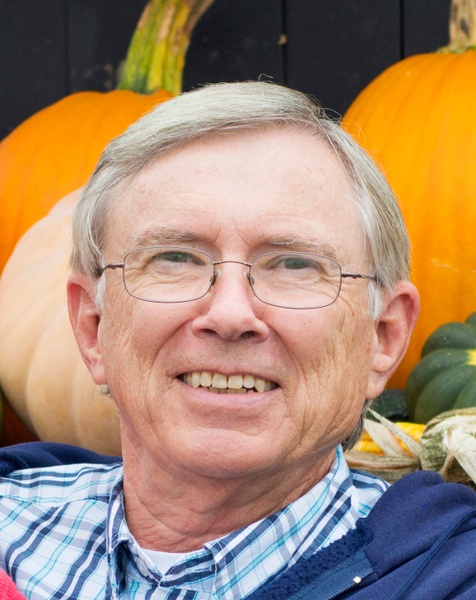 He was born July 23, 1946 in Kenton to the late Harry Burl and Emily Dolores (Benedict) Harvey.

On June 8, 1968 he married the former Vicki Kavanagh in Blissfield, MI and she survives.

He was a member of the West Mansfield United Methodist Church. Harv graduated from Buckeye Local High School in 1964 and earned his undergrad degree from Ohio Northern University in 1970, eventually earning his Master’s Degree from Purdue University in 1992. He worked as a Project Engineer for 25 years in Indianapolis for Western Electric, later known as AT&T, Lucent and Celestica. He had also worked for Transportation Research Center (TRC) in East Liberty engineering crash tests.

Harv was well-traveled in his career, working in Brazil, China, and Germany at different times, sharing his engineering expertise. He also enjoyed leisure traveling, taking numerous camping and fishing trips over the years with his family. He was an avid beekeeper and gardener. The most important thing to Harv was family. He was always there for his children and grandchildren, either participating or supporting them in whatever activities they were involved with.

Condolences and remembrances may be expressed at www.stofcheck-ballinger.com

To order memorial trees or send flowers to the family in memory of James Harvey, please visit our flower store.