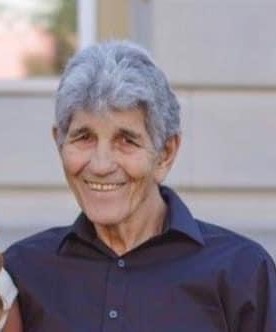 “Buckeye Jim” as his friends and family new him best was a graduate of Elgin High School, he also attended Columbus State University in his earlier years, where he developed his love for learning and obtaining knowledge. Although small in stature, he had an immeasurable personality and presence, one that you could never forget. He had a fierce love for his family and was a kind loving man. He would give the shirt off of his back to anyone in need and was always willing to give a helping hand. His daughter Leiah and granddaughter Adalynn were the joys of his life and he loved nothing more than being a dad and a “purple” as Adalynn referred to him. He loved watching football, and was a loyal Ohio State Buckeyes fan. His hobbies included watching movies, fishing, spending time with loved ones and tinkering on anything he could get his hands on. He was a very intelligent man and An avid reader. He always kept up on current events and being a proud Democrat, he was also always prepared and eager for a good debate, anytime anyone was up for it.

James was a hard worker and took pride in providing for his family. He loved working as an electrician with HBI Electric for many years where he eventually retired from. In his younger years, he worked as a foreman with Bell Construction and loved to show off his work that they accomplished.

James was an honorable man and was never afraid to stand up for what he believed in. He will be deeply missed and never forgotten by all the people he has touched along the way.

In keeping with James’s wishes, there will be no calling hours or services held at this time. A Celebration of Life service is being planned by the family and will be announced at a later date. Arrangements were handled for the family by the Wilson Funeral Home, Schnurrenberger Chapel 222 W. Center St. West Mansfield. Condolences may be sent to the family at www.wilsonfuneralhomesinc.com

To order memorial trees or send flowers to the family in memory of James Lehman, please visit our flower store.