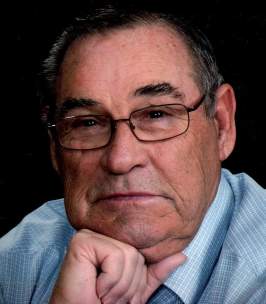 James Randell Scates, 79, of Wadsworth and formerly of Marion, passed away peacefully on Monday, November 23, 2020 at Summa Health in Barberton following a brief illness with his family by his side.
Born September 1, 1941 in Detroit, MI, he was the son of the late James Louis and Mary Blanche (Musgrave) Scates. On August 8, 1960 in Delaware, he married his loving wife of over 33 years, Judy K. Fisher and she preceded him in death on February 25, 1999. He was blessed to find true love again when asking relationship advice from a co-worker. Little did he know that he would spend the next 20 years with that blessing, Carol Phillips and she survives in Wadsworth.
A 1959 graduate of Eldorado Township High School in Illinois, he played football and was part of their state championship winning team of 1958. After graduation, Jim went on to serve in the United States Army from 1959-1962 and was stationed in Korea. Upon returning from the service, he went to work for General Telephone/ G.T.E/ Verizon where he would spend the next 35 years working as a technician, in management and as a training instructor.
A devoted husband, father and grandfather, Jim loved traveling, especially if he could drive. That was part of the fun on a trip for him. After retiring, he looked forward to his Florida trips every winter with Carol, always staying as long as they could. When he had time to relax, he was an avid fisherman. He spent many summers with Judy at Marblehead and on the lake with his close friends, Mike Pritchard and Bill Pfeiffer. It was definitely a treat to listen to the next day's walleye strategy. Jim had a heart of gold. He was always there for family and friends for whatever favors or projects that needed completing. It was his giving nature that made him a perfect fit when he volunteered to deliver Mobile Meals in Marion, helped serve at the Soup Kitchen in Marion and was always a part of the annual Thanksgiving Dinner for those in need provided by Emmanuel Lutheran Church. While in Marion, he was a member of Emmanuel Lutheran Church and was a member of Grace Lutheran Church in Wadsworth.
He is also survived his children, James Lee (Teri) Scates of Marion, Meredith (Woody) Wilson of West Mansfield, Kent Phillips of Seville, Brian (Jenny) Phillips of Medina, Merae Phillips Whitmyer of Seville and Karen (Jerry) Quillen of Sandusky; grandchildren, Jessica (fiancé Austin Kuczewski) Scates, Sarah Scates, James Brody Wilson, Ryan (Jenna) Phillips, Heather Phillips, Holly Phillips, Katherine Phillips, Andrew Phillips, Brooklyn Whitmyer, Scotty Whitmyer, Ava Quillen; a great grandchild, Jack Phillips and his brother, Mike (Debbie) Scates of Raleigh, NC along with numerous nieces, nephews, cousins and other extended family and friends.
In keeping with Jim's wishes, no calling hours will be held. Due to the current health restrictions from the Governor, a memorial gathering and celebration of life service are being planned for a later date and will be announced. Graveside services will also be held at a later date in the Grand Prairie Cemetery. Arrangements are being handled by Wilson Funeral Home 621 W. Fifth St. Marysville. Memorial contributions can be made to the Emmanuel Lutheran Church or Grace Lutheran Church in care of the funeral home. Condolences may be sent to the family at www.wilsonfuneralhomesinc.com
A Celebration of Life Service will be announced at a Later Date.

To order memorial trees or send flowers to the family in memory of James Scates, please visit our flower store.