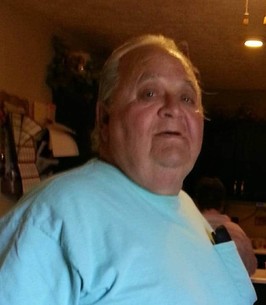 Jeffrey L. Glasmeier, 76, of Marysville, passed away Saturday, July 25, 2020 at his residence following an extended illness with his loving family by his side.
A veteran of the United States Navy, Jeffrey served from December 7, 1960 to November 12, 1964. He was an aviation photographer and while stationed at the Midway Islands, also served as a firefighter.
Upon returning from his service, he sold insurance, worked at Owens-Corning and for 25 years, owned and operated a refuge service called LT&T Hauling. Later in life he would proudly serve as a bus driver for Laidlaw Education Services which provided transportation for those with special needs.
Born November 13, 1943 in Newark, he was the son of the late Herman and Hazel (Frazier) Glasmeier. In addition to his parents, he was also preceded in death by his brothers, Keith, Doug and Dwight Glasmeier and a son-in-law, Ed Schaffer.
In 1998, he married his wife of 22 years, Sandy (Russell) Glasmeier and she survives in Marysville. He is also survived by his children, Lynn (Gary) Glasmeier Shaw; Brittany (Preston) Trimble; Garret (Aubrey) Talmage; Tandy Glasmeier Schaffer and her daughter, Delaney Schaffer; Tina (Ken) Glasmeier Spellman and their children, Phillip, Ambrosia, Caleb and Lilly Anne; Dustin (Modesta) Barker and their children, Adriana (Miguel), Alexis, Chris, Heaven, Marley and Logan; Josh (Dinah) Barker and their children, Libby, Jacob and Joshua; 11 great grandchildren; a sister, Teresa Glasmeier Stidham; a sister-in-law, Margie Wilson Glasmeier; numerous nieces and nephews and his beloved fur baby, FiFi.
In keeping with Jeffrey's wishes, there will be no calling hours held. Graveside services will take place at 11:00 A.M. Saturday, August 1, 2020 at York Cemetery in York Center. Pam Marshall will officiate and Military Rites will be conducted by the Union County Honor Guard. Arrangements are being handled by Wilson Funeral Home, Mannasmith Chapel. Condolences may be sent to the family at www.wilsonfuneralhomesinc.com

To order memorial trees or send flowers to the family in memory of Jeffrey Glasmeier, please visit our flower store.