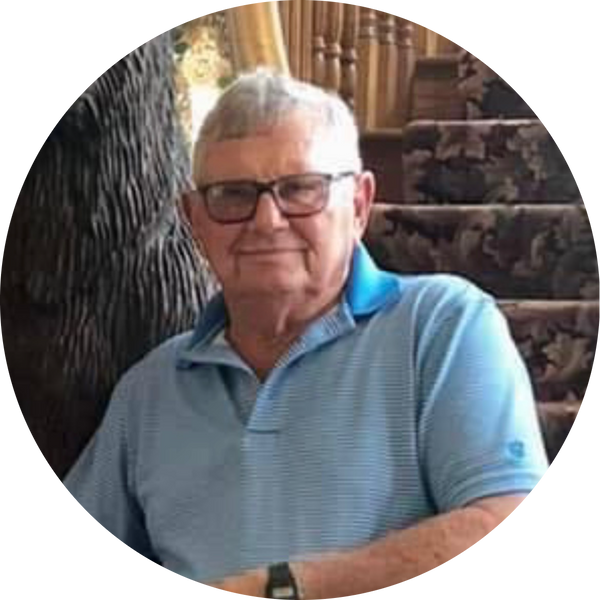 Jerry K. Blessing, 83, of Pleasantville and formerly of Marysville, passed away peacefully on Friday, July 8, 2022 at his residence with family by his side.

A 1956 graduate of Marysville High School, he worked in sales with Palmer-Donavin in Columbus for 43 years. A loving husband, father and grandfather, he enjoyed hunting, fishing, golfing and most importantly, his time spent with his family. Jerry was also a member of the Moose Lodge 2434, the Eagles 2801, and the Amvets Post 51 all of Buckeye Lake and the VFW Post 3761 in Baltimore.

Born July 17, 1938 in London, he was the son of the late Ned and Jane (Holt) Blessing. In addition to his parents, he was also preceded in death by his first wife, Penny (Anthony) Blessing, daughter, Angela Blessing, grandson, Aaron Anthony Blessing II, an infant brother, Ned, Jr. and his sisters, JoAnn Henry and Anita Crawford.

On June 19, 1976 in York Center, he married his wife of just over 46 years, Wilma (Ziegler) Blessing and she survives in Pleasantville. He is also survived by his children, Aaron (Janice) Blessing of Louisville, Devon (Ben) Blessing Crenshaw of Calvert City, KY, Randy (Goldie) Swinning and Susan (Randy) Holloway, both of Plain City, Rick Swinning of Lancaster and Penny Swinning of Columbus; numerous grandchildren, great grandchildren and great-great grandchildren; a brother, Jack (Pat) Blessing and a sister, Roberta (Don) Coder, both of Marysville; along with several nieces, nephews, cousins and other extended family and friends.

Funeral services will be held at 12:00 P.M. Tuesday, July 12, 2022 at the Wilson Funeral Home, Mannasmith Chapel 621 W. 5th St. Marysville. Burial will follow at the Oakdale Cemetery. Friends may call from 5:00-7:00 P.M. Monday, July 11, 2022 and prior to the service on Tuesday from 11:00 A.M.-12:00 P.M. at the funeral home. Memorial contributions can be made to the American Cancer Society or Hospice of Lancaster, in care of the funeral home. Condolences may be sent to the family at www.wilsonfuneralhomesinc.com