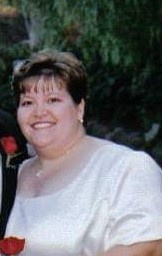 A devoted wife, loving daughter and sister, very doting aunt and selfless soul to anyone that knew her, Jessica always put the needs of others before her own. She adored her nieces and nephews, making sure to always schedule special time to spoil them. She enjoyed making crafts with them, teaching them to make crafts and if they had a special request for a craft, she researched it, learned it and it was the next activity they completed together. To say she could make and bake a cake would be a true understatement, she was a master. She made birthday cakes for the family and most would turn their requests in a year in advance due to the anticipation of getting one of her creations. She had been teaching her nieces how to bake and pass on her knowledge to the next generation. Jessica also liked to read, watch game shows and trivia.

Born March 9, 1975 in Marysville, she was the daughter of David and Deborah (Welch) Gordon and they survive in Marysville. On September 4, 2004 in Las Vegas, NV, she married Grant M. McCreary and he survives in Marysville.

Jessica was preceded in death by her grandparents, Lester and Florence Welch and Bob and Flo Gordon.

Friends may call from 4-7 P.M. Friday, February 19, 2021 at Wilson Funeral Home, Mannasmith Chapel. COVID PRECAUTIONS WILL BE OBSERVED AT THE FUNERAL HOME. Memorial services and burial will be held at a later date. Memorial contributions can be made to the family in care of the funeral home. Condolences may be sent to the family at www.wilsonfuneralhomesinc.com

To order memorial trees or send flowers to the family in memory of Jessica McCreary, please visit our flower store.