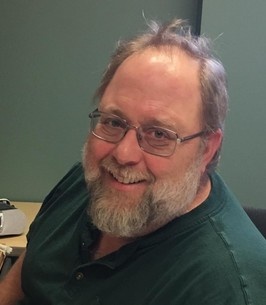 Joel P. Steinmetz, 59, of Marysville, passed away Monday, August 3, 2020 at Riverside Methodist Hospital following a brief and unexpected illness.
Joel was a coordinator with CCHS and also raised beef cattle along with his wife as part of her retirement project. He was a veteran of the United States Marines and a member of Our Lady of Lourdes Catholic Church.
Born August 19, 1960 in Tiffin, he was the son of the late Donald and Nadine (Sauber) Steinmetz. On May 9, 1981 in Ft. Meyer Chapel of Arlington, VA he married his wife of over 38 years, Frances J. (Buchanan) Steinmetz and she preceded him in death on October 17, 2019. In addition to his wife and parents, he is also preceded in death by a brother, Donald Steinmetz and a brother-in-law, Bill Buchanan.
Joel is survived by his children, Ronald Steinmetz of Brazil, Jacqueline Crook of Moore, OK and Jessica Steinmetz of Marysville; grandchildren, Evelyn and Viktor; brothers, Pete Steinmetz, Phil Steinmetz and Steve (Kellie) Steinmetz; a sister, Jennifer (Mike) Sangregory; a brother-in-law, George David Buchanan and numerous nieces and nephews.
A Memorial Mass and burial are being planned and will be announced at a later date. Arrangements are being handled by Wilson Funeral Home, Mannasmith Chapel. Condolences may be sent to the family at www.wilsonfuneralhomesinc.com

To order memorial trees or send flowers to the family in memory of Joel Steinmetz, please visit our flower store.