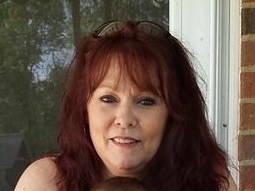 Karen Lynn Jones, 61, of Marysville, passed away Wednesday, July 21, 2021 at her residence following a brief illness.

A loving wife, mother, grandmother, sister and mother-in-law, Karen enjoyed studying ancestry and genealogy, which led her to becoming a co-founder in the Salyersville Indian Community. She also enjoyed quilting, beading, and other crafts but she truly enjoyed spending time with her family, especially her grandchildren. Karen formerly worked as a pharmacy tech at the Richwood Pharmacy, at Memorial Hospital in medical records and at Honda of America for 10 years.

Born February 17, 1960 in Marysville, she was the daughter of the late Harold “Pork” and Winifred “Wink” (Hamilton) Myers.

In August of 1993, she married her husband of nearly 28 years, Joseph Jones in Paintsville, KY and he survives in Marysville. She is also survived by her children, Shane (Elizabeth) DeWiggins of Marysville, Jack Richardson of Urbana and Jessica Carter of Marysville; grandchildren, Christian DeWiggins, Deegan DeWiggins, Gabriel Richardson, Reid Richardson and Gage Richardson; her sisters, Patti Lawson of Marysville, Jean (Bill) Wilds of Richwood, Bridgett (Scott) Sheets of Cleveland, Jackie (Rick) Eubanks of Delaware; and her fur-babies, Willie and Wilson.

Funeral services will be held at 1:00 P.M. Saturday, July 31, 2021 at Wilson Funeral Home, Mannasmith Chapel. Friends may call from 10:00 A.M. until the time of the service on Saturday at the funeral home. Pastor Dale Baker will officiate and burial will follow at Oakdale Cemetery. Memorial contributions can be made to Heartland Hospice or the Salyersville Indian Community in care of the funeral home. Condolences may be sent to the family at www.wilsonfuneralhomesinc.com

To order memorial trees or send flowers to the family in memory of Karen Jones, please visit our flower store.