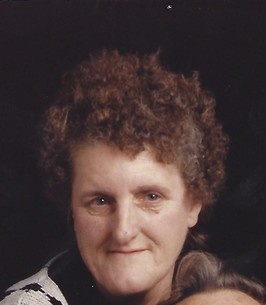 Margie Hileman, 88, of Marysville, died Saturday afternoon at Memorial Gables following an extended illness.
She formerly worked on the line at the Abbott's Company in Prospect for many years. She enjoyed playing bingo and going to yard sales, but most of all, she loved to spend time with her family.
Born December 26, 1930 in Mouth of Laurel, KY, she was the daughter of the late Ferguson and Minnie (Wilburn) Lewis. On December 26, 1952 in Vanceburg, KY, she married Emerson Dennis Hileman, Sr. and he preceded her in death on April 15, 2011. In addition to her husband and parents, she was also preceded in death by a daughter, Connie Sue Wibley; a granddaughter, Michelle; a sister, Cynthia Lewis and a brother, Charles Lewis.
She is survived by her children, Diana Kay Pierce of Magnetic Springs, Emerson Dennis (Jane) Hileman, Jr. of Larue, Kathy Anna (Richard) Williamson of Prospect, Larry Dean Hileman of Marion, and Ginger Lee (Curtis) Walter of Crestline; grandchildren, Violet, Tabitha, Heather, Christina, Betsy, Michael, Debbie, Dennis, Jennille, Carla, Naomi, Bryan, Anthony Makayla and Zachary; numerous great grandchildren and a few great-great grandchildren.
Funeral services will be held at 1:00 P.M. Tuesday at Wilson Funeral Home, Mannasmith Chapel. Friends may call prior to the service on Tuesday from 11:00 A.M.-1:00 P.M. Her son, Rev. Larry Dean Hileman will officiate and burial will follow at Claibourne Cemetery in Richwood. Memorial contributions can be made to Loving Care Hospice in care of the funeral home. Condolences may be sent to the family at www.wilsonfuneralhomesinc.com

To order memorial trees or send flowers to the family in memory of Margie Hileman, please visit our flower store.