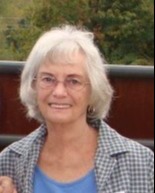 Mary Kathleen “Kathy” Trees, 80, of Marysville, passed away Thursday, October 27, 2022 at her residence.

She first worked at O.M. Scotts  and then for many years as a bookkeeper with Ripley Chevrolet, Joe Lyman Chevrolet, Chamberlain Chrysler and North Main Motors, and most recently in the jewelry department at Wal-Mart.  She was a member of the Christian Assembly Church and was a graduate of Matewan High School in Matewan, West Virginia.  She enjoyed flower and vegetable gardening and especially enjoyed spending time with her family and grandchildren.

She was born January 26, 1942 in Edgerton, WV. On October 12, 1959 she married her husband of over 56 years, Gerald Dean Trees and he preceded her in death on March 16, 2016.  In addition to her husband, she was also preceded in death by her father, Roger Rude Sr; a daughter-in-law, Shelly Trees; brother, Roger Rude, Jr. and two infant sisters.

Funeral services will be held at 11:00 A.M. Wednesday, November 2, 2022 at Wilson Funeral Home, Mannasmith Chapel.  Pastor Donald Moceri will officiate and burial will follow at the Oakdale Cemetery next to her husband.  Friends may call from 5:00-8:00 P.M. Tuesday, November 1, 2022 at the funeral home.  Memorial contributions may be made to the Union County Cancer Society or the Union County Humane Society. Envelopes will be available at the funeral home. Condolences may be expressed to the family at www.wilsonfuneralhomesinc.com