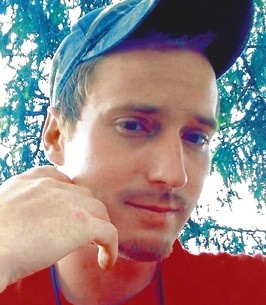 Matthew David Wright, 29, of Raymond, died unexpectedly Friday, August 23, 2019 at Doctor's West Hospital in Columbus.
A 2009 graduate of Marysville High School, after graduation from high school he began his auto mechanic training at University of Northwestern Ohio. He went on to serve in the United States Army stationed in South Korea and quickly rose up through the ranks to Specialist (E4) as a Wheeled Vehicle Mechanic/Wrecker Operator.
Born August 17, 1990 in Raymond, he was the son of Mark and Pam (Hagans) Wright and they survive in Raymond. He is also survived by his daughters, Aubree Sue Wright and Hazel Grace Marie Wright of Marysville and a son, Carson David Wright of Marysville; a brother, Christopher Mark Wright of Marysville; grandmother, Linda L. Hagans of Warsaw and numerous aunts, uncles and cousins.
He was preceded in death by his grandparents, Richard H. and Mildred J. Wright and Roger D. Hagans.
Friends may call from 11:00 A.M. until the time of the service at 1:00 P.M. Thursday, August 29, 2019 at Wilson Funeral Home, Mannasmith Chapel. Reverend Jeremy Stout will officiate and burial will follow at the Raymond Cemetery. Memorial contributions can be made to the family in care of the funeral home to help with the unexpected expenses. Condolences may be sent to the family at www.wilsonfuneralhomesinc.com

To order memorial trees or send flowers to the family in memory of Matthew Wright, please visit our flower store.