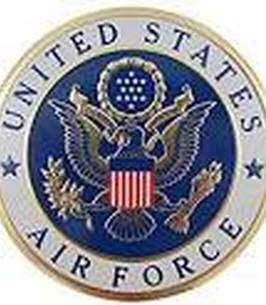 Paul Lee Kandel, 71, of Marysville, died unexpectedly Wednesday afternoon at his residence.
A 1965 graduate of Marysville High School, he served in the United States Air Force during Vietnam. He returned home to work as a forklift operator at Scott's for nearly 30 years.
Although he was known to have a bit of a stubborn side, he truly enjoyed spending time with his family. He also enjoyed following the Ohio State Buckeyes, loved gardening or just about anything to be outdoors.
Born October 11, 1947 in Marysville, he was the son of the late Lutrell and Ernestine Kandel. He was also preceded in death by an infant daughter, Shawn Kandel.
Surviving are his children, Elena (Matt) Ritchie of Magnetic Springs and Eric Kandel of Claibourne; grandchildren, Elizabeth White, Christina (Joe Bullock) Kandel, Nichole Gibson and Chyanne Gibson; great-grandchildren, Dillani, Blake, Conley and Zoie; a brother, Steve (Cheryl) Kandel of Delaware; a sister, Kathy Schamblin of Marysville; nieces and nephews, Stephanie (Brian)Thompson, Jennifer (George) Knotsmed, Stacy Elberfeld and Carrie Elberfeld.
Friends may call from 2-5 P.M. Sunday at Wilson Funeral Home, Mannasmith Chapel where funeral services will be held at 11:00 A.M. Monday. Burial will follow at Oakdale Cemetery where Military Honors will be conducted by the Union County Honor Guard. Memorial contributions can be made to the Union County Ohio Master Gardner Association in care of the funeral home. Condolences may be sent to the family at www.wilsonfuneralhomesinc.com

To order memorial trees or send flowers to the family in memory of Paul Kandel, please visit our flower store.