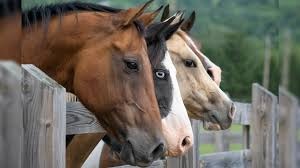 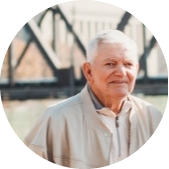 Pearl “P.P” Paver, 86, of Marysville, passed away Wednesday, August 3, 2022 at Walnut Crossing surrounded by his family.

A devoted and loving husband, father, grandfather and great grandfather, he never knew a stranger and always had a smile on his face. A 1955 graduate of Marysville High School, he attended the Allen Center Baptist Church. He truly enjoyed the time he spent with his sons working with harness horses. Pearl was a member of the Laborer’s Union Local 423 for 33 years and the USTA (United States Trotters Association) for many years.

Born June 18, 1936 in Allen Township, he was the son of the late Joe and Cora (Whittemore) Paver. In addition to his parents, he was also preceded in death by a grandson, Drew Paver; a daughter-in-law, Carmen Paver; sisters, Annie Kreis and Lois Wood and his brothers, Bill, Eugene, Walter and Tom Paver.

Funeral services will be held at 1:00 P.M. Monday, August 8, 2022 at Wilson Funeral Home, Mannasmith Chapel. Pastor Steve Anstine will officiate and burial will follow at the Raymond Cemetery. The family will receive friends beginning at 11:00 A.M. on Monday until the time of the service at the funeral home. In lieu of flowers, the family requests memorial contributions can be made to the Alzheimer’s Association. Condolences may be sent to the family at www.wilsonfuneralhomesinc.com