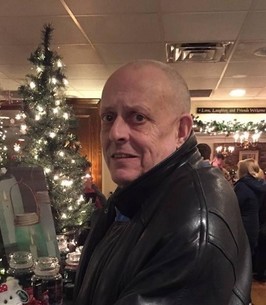 Richard D. "Duane" Fee, 68, of Marysville, passed away Sunday, October 11, 2020 at Riverside Methodist Hospital in Columbus with his family by his side.
A devoted husband and loving father and grandfather, Duane was a firm believer in keeping things neat and tidy. Everything had it's place and this was most definitely on display in his garage and in the yard which is where he could be found "tinkering" nearly every day. He enjoyed watching NASCAR and collecting the diecast cars, but his favorite drivers were Dale Earnhardt, Sr. and Dale Earnhardt, Jr. Duane was also an avid fan of the Ohio State Buckeyes, the Florida State Seminoles and the Las Vegas Raiders.
A 1970 graduate of Marysville High School, he was a machinist and tool and die maker with Scott's for over 30 years. After retiring from Scott's, he went on to work for another 10 years with Time Warner Cable.
Born March 10, 1952 in Columbus, he was the son of the late Robert and Sue (Price) Fee. In addition to his parents, he was also preceded in death by his step mother, Ila Fee and a brother, Robbie Fee.
On May 7, 1983 in Marysville, he married his wife of over 37 years, Deanna J. McAdow and she survives in Marysville. He is also survived by a daughter, Stephanie (John Scarberry) Bass of Marysville; a son, Josh (Phynesia) Edwards of Milford Center; grandchildren, Tyler and Tanner Bass and Trystan, Ryley and Harley Edwards; great grandchildren, Kinsley and Kohlson Edwards; a sister, Linda (Terry) Schmitter of Ostrander and a brother-in-law, Doug (Patricia) McAdow of Marysville.
Friends may call Wednesday, October 14, 2020 from 5:00-7:00 P.M. at Wilson Funeral Home, Mannasmith Chapel. A memorial service will follow at 7:00 P.M. Wednesday. Ed Beeson will officiate and interment will take place at a later date. Memorial contributions can be to the Martha Moore House in care of the funeral home. Condolences may be sent to the family at www.wilsonfuneralhomesinc.com

To order memorial trees or send flowers to the family in memory of Richard Fee, please visit our flower store.