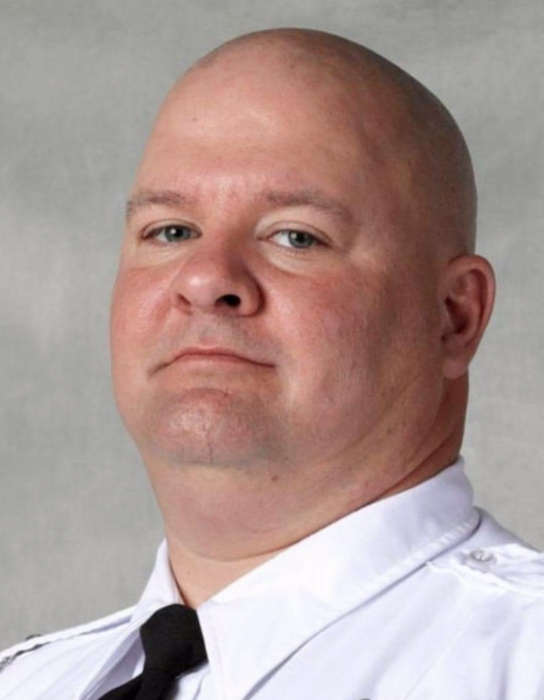 Richard Dwayne Little, 51, of Marysville, passed away Tuesday, October 19, 2021 at the Kobacker House in Columbus after a hard fought battle with cancer, surrounded by his loving family.

Dwayne was a loving husband, father, brother and great friend. He enjoyed hunting, fishing and was a member of the NRA and the Raymond United Methodist Church. He was an avid fan of the Pittsburgh Steelers and the Ohio State Buckeyes, but most of all, he cherished his time spent with his family, especially his children.

A 1988 graduate of London High School and a 1997 graduate of the Police Academy, he served as a patrol officer with the Columbus City Police for 25 years.

Born July 2, 1970 in London, he was the son of the late Darrell Little and Patricia (Michael) McNeal.

On December 7, 2010 in Las Vegas, he married Stephanie (Brown) Little and she survives in Marysville. He is also survived by a daughter, Emily Little of Dublin; a son, Brody Little of Marysville; mother-in-law, Donna Bennett of Marysville; step-mother, Linda Little of London; a sister, Kim (Roy) Chamberlain of Fischers, IN; brothers, Michael Bricker of London and Frank (Tammy) Miller of Hilliard; along with numerous nieces, nephews and other extended family and friends.

A memorial service will be held at 12:00 P.M. Friday, October 22, 2021 at the Raymond United Methodist Church with Pastor Donna Montgomery officiating. Friends may call prior to the service on Friday from 10:00 A.M. until the time of the service at 12:00 P.M. at the church. Arrangements are being handled by Wilson Funeral Home. In lieu of flowers, the family requests memorial contributions made to the Forster Foundation, c/o CME Federal Credit Union 365 S 4th St. Columbus, OH 43215 or any other CME branch. For a complete list of locations, please visit www.cmefcu.org.  Envelopes will also be available at the church. Condolences may be sent to the family at www.wilsonfuneralhomesinc.com

To order memorial trees or send flowers to the family in memory of Richard Little, please visit our flower store.