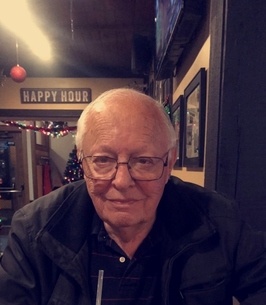 Robert D. "Bob" Craig, 89, of Marysville, passed away Friday, November 29, 2019 at Memorial Hospital of Union County after a brief illness with his loving family by his side.
He was admired for his more than 30 years of coaching youth baseball. He started in Grove City with Dick Stout and continued coaching while in Marysville, coaching his sons through pony league in the Marysville Junior Baseball and Softball Association. He was most known for his love of bowling, coming to Marysville to work for and eventually run UNCO Lanes. This is where he would also meet the love of his life, a young lady named Jackie Smith. On January 30, 1965 in Grove City, he married Jacqueline Smith, and they shared 54 wonderful years together. Over the years, he would qualify to bowl on TV, and bowl ion many American Legion, Elks and state tournaments with great friends. Bob was also an avid fan of the Ohio State Buckeyes, the Cincinnati Reds and the Cleveland Browns.
Born March 1, 1930 in Grove City, he was the son of the late Edwin and Phyllis (Davis) Craig. In addition to his parents, he was preceded in death by a brother-in-law, Dwight Low and a cousin, Dick Stout.
A 1947 graduate of Grove City High School, he went on to proudly serve his country as a PFC in the United States Army during the Korean War from 1951-1953.
Surviving along with his wife Jackie are his children, Shelly Skaggs of Marysville, Scott (Tracie) Craig of Plain City and Stacy (Pam) Craig of Marysville; grandchildren, Ashley Rodgers, Kyle, Dylan, Morgan, and Nathan Craig, and Ryan and Abbey Skaggs; great grandchildren, Paxton, Brody and Harper; a sister, Ann Low of Marysville; nieces and nephews.
Friends may call from 4-7 P.M. Tuesday at Wilson Funeral Home, Mannasmith Chapel where funeral services will be held at 11:00 A.M. Wednesday. Pastor Kathy Reiff will officiate and burial will follow at Oakdale Cemetery where Military Rites will be conducted by the Union County Honor Guard. Memorial contributions can be made to the charity of the donor's choice. Condolences may be sent to the family at www.wilsonfuneralhomesinc.com

To order memorial trees or send flowers to the family in memory of Robert Craig, please visit our flower store.