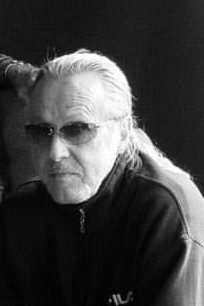 Ronnie Lee Decker, 76, of Marysville and formerly of Columbus, passed away Friday, October 29, 2021 at his residence following many months of failing health.

A loving husband, father, grandfather and great grandfather, Ronnie had two passions, cars and the Pittsburgh Steelers. A strong Christian of the Freewill Baptist faith, he also served in the U.S. Army Reserves.

He was able to enjoy his love for cars by working as a mechanic with his brothers and owning and operating his own garage. He also worked for many years with a plaster packing plant on the east side of Columbus.

Born March 21, 1945 in Red House, WV, he was the son of the late William and Cynthia (Tucker) Decker. In addition to his parents, he was also preceded in death by his wife, Goldie (Stafford) Decker; a son, William Decker; a sister and 4 brothers.

In keeping with Ronnie’s wishes, no calling hours or services will be held at this time. A gathering of family and friends is being planned for a later date. Burial for Ronnie and Goldie will also be held at a later date at the family plot in West Virginia. Arrangements are being handled by Wilson Funeral Home, Mannasmith Chapel. If desired, memorial contributions can be made to the family in care of the funeral home. Condolences may be sent to the family at www.wilsonfuneralhomesinc.com

To order memorial trees or send flowers to the family in memory of Ronnie Decker, please visit our flower store.