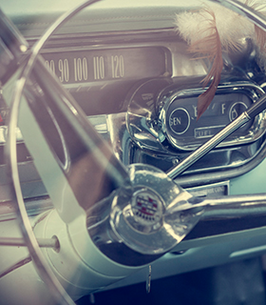 Roy G. McConnell, 94, of Marysville and formerly of Dover, died early Friday morning at Prestige Gardens of Marysville.
He worked as a mechanic at Ferris Chevrolet in New Philadelphia, he enjoyed being around cars over the years and loved the many dogs he and the family had during his life. Quite the collector, especially die-cast cars and hats, he also had several other collections of odds and ends that interested him. His greatest joy however, came from spending time with his grandchildren.
Born December 6, 1924 in Tippecanoe, he was the son of the late Fremont and Della (Tidrick) McConnell. On July 9, 1946, he married Betty (Ash) McConnell and she preceded him in death on December 28, 2017. In addition to his wife and parents, he was also preceded in death by his sister, Alice Little and his brothers, Carl, Ralph, Paul, Denver and Earl.
He is survived by his son, Mark (Stacie Cingle) McConnell of Marysville; grandchildren, Spencer (Amanda), Danielle and Regan; great-grandchildren, Maddox and Scarlett and numerous nieces and nephews.
In keeping with Roy's wishes, there will be no calling hours and a graveside service will be held at 11:00 A.M. Friday, August 23, 2019 at the Union Hill Cemetery in Sugarcreek, OH. Wilson Funeral Home, Mannasmith Chapel is assisting the family. Memorial contributions can be made to the Union County Humane Society in care of the funeral home. Condolences may be expressed to the family at www.wilsonfuneralhomesinc.com

To order memorial trees or send flowers to the family in memory of Roy McConnell, please visit our flower store.