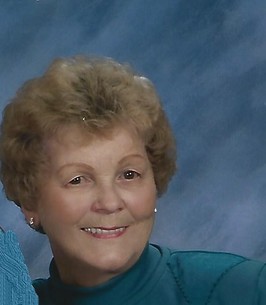 Velva R. Weatherby, 83, of Bellefontaine and former longtime resident of West Mansfield, passed away peacefully on Saturday, August 29, 2020 at Logan Acres in Bellefontaine.

A 1954 graduate of Bokescreek High School, she worked as an administrative assistant with Benjamin Logan Schools and also worked for the Logan County Education Association.

Born October 4, 1936 in Pottersburg, she was the daughter of the late John H. and Ava M. (Smith) Epps. On June 10, 1956 at the West Mansfield United Methodist Church, she married her husband of nearly 60 years, David F. Weatherby and he preceded her in death on July 28, 2016. In addition to her husband and parents, she was also preceded in death by her brothers, Wilbur, Jim and Bill Epps; sisters, Geneva Blake and Eileen Epps; a sister-in-law, Twila Paul and her brothers-in-law, Paul Warrick and William Weatherby.

She is survived by her son, David Scott (Judy) Weatherby of Dublin; grandchildren, Stacy Bell and Dustin and Jordan Weatherby; great grandchildren, Piersen, Callaghn and Teegan Bell; her sisters; Mabel (Paul) Schaadt of Dublin and Janet Warrick of Bellefontaine; a brother-in-law, Harry "Hank" (Linda) Weatherby of Raymond; a sister-in-law, Nira Graham of West Mansfield, and numerous nieces, nephews and other extended family.

Funeral services will be held at 7:00 P.M. Wednesday, September 2, 2020 at the West Mansfield United Methodist Church where friends may call prior to the service from 4-7 P.M. at the church. Pastor Doug Thompson will officiate and burial will take place at the York Cemetery at a later date. Arrangements are being handled by the Wilson Funeral Home, Schnurrenberger Chapel 222 W. Center St. West Mansfield. Memorial contributions can be made to the West Mansfield United Methodist Church. Condolences may be sent to the family at www.wilsonfuneralhomesinc.com

To order memorial trees or send flowers to the family in memory of Velva Weatherby, please visit our flower store.